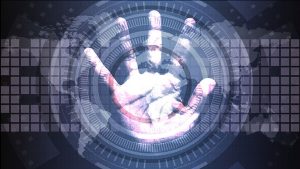 According to Darren Guccione, CEO and co-founder of Keeper: “Businesses face a vulnerability crisis when it comes to cybercriminals, and this reality won’t get better until cybersecurity gets higher billing on their to-do list.

“Our Cyberthreat Study findings show that many companies don’t know where to start with cybersecurity prevention and even more don’t think they will fall victim to an attack, but it’s time they dramatically change their perspectives and put a plan in place. We are working very hard to educate SMBs about how they can protect themselves quickly and on a cost-effective basis.”

Cyber security planning ignored and not relevant to us

In a long list of findings, Keeper Security sheds light on the thinking of SMBs when it comes to cyber security. Most, it seems, have no planning, don’t think it will happen to them and have management who are either disinterested or clueless.

Not everything is a complete disaster waiting to happen

Among all the bad results there are a few bright points. Despite claims that they wouldn’t know where to start, when asked about breach prevention responses were:

The age of a company is also important. It seems that more established companies believe they are unlikely to be attacked. Companies operating for less than five years, believe they are more vulnerable to a cyberattack with 28% seeing it as “very likely”. That plummets to 6% when it comes to those who have been in business for over 10 years.

At first glance this is just a “so what” survey. The numbers are in line with other surveys taken at shows over the last few years. It seems that many businesses either don’t understand the business risk or are willing to take the chance they will get away with it. That so many still believe this is partly ignorance (wilful or otherwise) and partly down to poor business practices.

Many of these businesses will trade with other companies, often much larger than them. Those companies should be doing much more to enforce cyber security at, or at least educate, their suppliers. Take a close look at GDPR and if your suppliers stuff up, so do you. There is no longer any option to deflect or defer responsibility.

It is also a surprise that no questions were apparently asked about compliance and regulation. Given that these SMBs include those with turnover of up to $500 million, it is something that should have been asked. Keeper has clarified that the 509 respondents were self selecting from the YouGov panel and could have come from many countries.

The hope is that once Brexit is resolved, SMBs will be able to turn their attention away from international trade issues and back to cyber security. If not, who would want to work with UK companies?

After publication, we received an email from Keeper Security’s PR company. They asked us to make a number of corrections to the piece which are noted above.