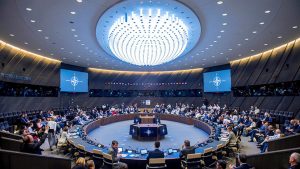 British Telecom (BT) has announced a new deal with NATO worth €5.9 million. It has signed a three year agreement with the NATO Communication and Information Agency (NCIA). In addition to new work, the deal also consolidates existing contracts into a single contract. The NCIA claims that having a single supplier is the more efficient and cost-effective way to manage its systems.

The deal means that BT is now responsible for the advanced information systems at the NATO Headquarters and beyond. In all, there are more than 70 NATO locations connected by BT at the moment including sites outside of the 29 NATO members. As part of the deal, BT will have a member of staff permanently on-site to act as a liaison between NCIA and BT.

Bas Burger, CEO of Global Services, BT, said: “Digital transformation is a strategic driver for multinational organisations. Like many of our global customers, NATO faces a dynamic operational landscape and looks to harness the latest digital tools and technologies to enhance its performance. With our global secure network and expertise as a trusted supplier to governments, international agencies and multinationals, BT is well placed to support NATO in an increasingly digital world.”

The size of the deal may not be large, just €5.9 million. However, it is the largest contract that the NCIA has handed out. That is in part due to the consolidation of other contracts. This does not detract from the importance of this deal.

The rhetoric from the US over the past two years has left some European countries wondering if the US still wants to support NATO. At the same time, France and Germany are pushing for a European Army, ostensibly to compliment NATO. The UK and the EU are also trying to work out if or when Brexit will happen.

For BT to have won this deal against this constant political upheaval rather than it go to another European country, makes this a big deal, at least politically. The question now is can BT use that win to open doors to other defence contracts in NATO countries?