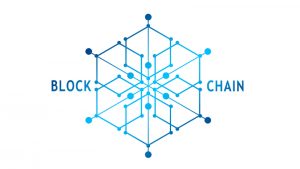 IOHK, a blockchain research and development company, has developed two tools for writing smart contracts for the Cardano blockchain. Plutus and Marlowe launched – in test format – at the first PlutusFest conference in Edinburgh (Scotland) at an event which combined academics, business professionals and developers. These two tools should enable start-ups, financial services, fintech and academia to prepare blockchain contracts knowing these will run on Cardano.

IOHK CEO Charles Hoskinson said: “We’re really excited to release testbeds of Plutus and Marlowe so developers, finance professionals and academics can test how they can use smart contracts on Cardano. Both technologies are a major step forward for the blockchain industry. They have been rigorously designed by a team of leading experts in programming language design, with the aim of reducing the kinds of software bugs that have led to huge losses totalling hundreds of millions of dollars.”

Plutus provides a general purpose programming language and tools for Cardano. IOHK’s scientists and engineers have combined the discipline of the Haskell functional language with Cardano to create a platform for fintech developers. With Plutus such developers can write secure and robust smart contracts. IOHK has added:

Contracts written with Plutus are ready to deploy to the blockchain.

Marlowe is a way for non-programmers to generate code and create software products. It claims to be “an easy-to-use tool that enables professionals in the finance industry who have no programming background to build automated financial contracts on the blockchain”. Marlowe comes with its own web-based testbed, Meadow.

Many claim the potential benefits of applying blockchain are massive. Renewing and reviving the infrastructure of the global financial system has the potential, they say, to:

In financial trading alone, Goldman Sachs has estimated blockchains could cut out errors in clearing and settling trades in cash equities, leading to savings of $11 billion a year.

The International Swaps and Derivatives Association (ISDA) sets standards for a market with notional amounts outstanding of almost $600T. It recently published its Common Domain Model which describes a common foundation that might allow distributed ledger technologies – such as Plutus and/or Marlowe – to apply to its (ISDA’s) area of focus.

Philip Wadler, the area leader for programming languages at IOHK, said: “IOHK is unique among cryptocurrency firms for its insistence on basing its development on peer-reviewed research, and one of the few to support rapid and reliable development by using the functional language Haskell. Plutus continues these trends. Where programming Ethereum requires coding in two languages, Solidity for the on-chain code and Javascript for the off-chain parts, and other systems suffer a similar split, Plutus is the only system that provides an integrated language for both, based on Haskell. Its core language for on-chain code has been kept extremely simple to make it future-proof and so it supports verification. The core is taken directly from the work of the French logician Jean Yves Girard and the US computing researcher John C Reynolds, who independently invented the same system. We have a crack team of world-leading researchers and developers designing, implementing, and formalising Plutus.”

Cardano is a decentralised public blockchain and cryptocurrency project. It is open source and aims to establish a proven smart contract platform. This will seek to deliver more advanced features than previous protocols. It incorporates a Proof of Stake algorithm named Ouroboros.

Cardano’s multi layer protocol has, at its foundation, a settlement layer linked to a control layer:

Developers will be able to programme the control layer to:

According to Wiki, “Haskell is an advanced purely-functional programming language. An open-source product of more than twenty years of cutting-edge research, it allows rapid development of robust, concise, correct software. With strong support for integration with other languages, built-in concurrency and parallelism, debuggers, profilers, rich libraries and an active community, Haskell makes it easier to produce flexible, maintainable, high-quality software.”

Charles Hoskinson and Jeremy Wood, the founders of IOHK, have created the Cardano blockchain from work performed in academic research and applied to the formal discipline and correctness of Haskell. They believe this can introduce reliability and security to Cardano and the ada cryptocurrency. Their approach, with its focus on mathematical probability for security and reliability, puts Plutus and Marlowe at a core for developing smart contracts. Their expectation is real-world applications will arrive in 2019.

Of the two IOHK tools, Marlowe would appear to be the more interesting – because IOHK asserts non-techies can exploit it. Yet the underlying dependence on Haskell, an execution strength, suggests that Marlowe will demand a practical understanding of Haskell which, for Enterprise Times, would mitigate many of the advantages claimed.