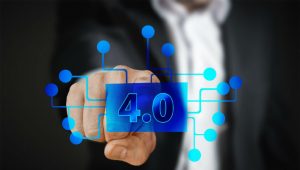 In 1909, the American mechanical engineer Frederick Winslow Taylor helped to usher in the era of manufacturing automation when he published “The Principles of Scientific Management.”

Also known as Taylorism, scientific management aimed to improve economic and labor efficiency by analyzing and streamlining workflows. Training workers to perform tasks by specialization was instrumental in manufacturing’s move from custom craftsmanship to mass production.

Taylor’s scientific management principles evolved into lean management, in which multi-skilling and problem solving among workers became critical to goals of continuous optimization and eliminating waste. And Taylorism is seen in the rise of knowledge work, a term first coined in 1959 by the influential management guru Peter Drucker in his book, “The Landmarks of Tomorrow.”

Technology is the common thread across Taylorism in both manufacturing and knowledge work. Taylorism applied to early 20th century manufacturing because factories began to adopt conveyer belts, interchangeable parts and other then-modern technology. That dovetailed neatly with Taylor’s principles of labor productivity.

Similarly, knowledge work depends on technology­ — computers and programs that can store information and automate functions. The advent of ERP systems in 1960s was a major breakthrough that introduced large-scale transaction automation. And it generated vast new volumes of information that knowledge workers could access.

Today, we’re at the cusp of what can be called Taylorism 4.0. An emerging technology, artificial intelligence, is beginning to transform knowledge work. Once again, management thinking and technology adoption are converging to extend the boundaries of productivity.

Despite its importance to the business, knowledge work hasn’t evolved significantly in many years. Knowledge workers spend a lot of time gathering data, turning information into knowledge and taking action accordingly. It means a great deal of manual, repetitive tasks. Rapid growth in data and applications has made knowledge work all the more difficult.

We have not yet been successful in applying automation technology at scale to knowledge work. Yet today, we’ve entered an AI spring after many boom and bust cycles for AI. Cost-effective and virtually limitless access to memory and computational power is a key factor behind AI’s growth. So are more sophisticated algorithms that expand cognitive thinking in machines.

Led by the Internet companies, machine learning has become part of our daily lives. In the consumer realm, AI is in play whenever we search the web, click on a shopping recommendation or check our social media feed. Other industries are following suit and identifying more areas in which AI can provide benefits.

To gain a perspective about how AI impacts knowledge work, a framework from MIT professor Thomas Malone on how organizations are adopting AI technology is particularly useful. He outlines four areas of AI application: tool, assistant, peer and manager. Let’s take a look at each of these areas.

AI provides us with new capabilities. For instance, companies can better forecast demand by applying machine learning to vast quantities of data. This kind of enhanced pattern recognition capability will become commonplace in our toolbox and will be used in various settings.

We increasingly use Siri, Alexa and other digital assistants on our mobile devices. We’re also using natural language processing (NLP) to access information at the speed of conversation. And now, NLP is finding its way into business so that humans can quickly search enterprise data and execute decisions.

In contrast, AI can recommend solutions for specific business problems. Employing AI as a peer accelerates decision-making and can help companies tackle problems as they bubble up. AI also helps with the long-tail of issues that cannot be addressed due to limitations of human and organizational bandwidth.

Leveraging unique skill sets is what Taylorism is fundamentally about. Through production automation technology, we were able to allocate tasks that are unsafe or have high throughput or precision requirements to machines. The same principle applies to knowledge work. We will identify work that is uniquely suitable for humans and keep it there. But in areas in which intelligent machines outperform humans, we will allocate tasks accordingly.

Worker Focus on Creativity and Innovation

Orchestrating these new systems of knowledge work shared between humans and intelligent machines is a critical mission. Managers will have to fundamentally rethink workflows, organizational design, performance management, and training for both humans and machines. We are at the very early stages of this transformation, but the impact to the workforce will be as significant as the second and third industrial revolutions.

By offloading manual data work and lower-level cognitive functions to machines, knowledge workers are liberated to further develop their strengths. Innovation, creative problem solving and high-touch services are just a few examples of areas where humans will retain a competitive edge, at least for now.

Interestingly, the coining of the phrase artificial intelligence predates the phrase knowledge worker by three years, going back to the founders of the AI field in 1956. Now, the two are beginning to converge. These are interesting times and it will be interesting to see what the near future will bring. But some things, like Taylor’s ideas about work specialization, don’t seem to change. 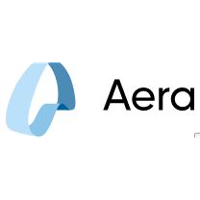