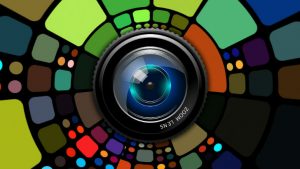 Aptean has announced the sale the portfolio of applications under its Vertical Business Applications Group (VBAG) to investment firm ESW Capital. The deal will see the VBAG applications formed under a single company to be known as Avolin. Aptean list the application under VBAG as:

Aptean GoMembers AMS: Aptean GoMembers AMS association management system is a complete software, services, and support solution for associations and nonprofit organizations of all sizes that are looking to improve member services by streamlining the back office and enhancing front office processes all with one tool.

Aptean SupportSoft: Aptean SupportSoft is an end point automation solution that empowers managed service providers (MSPs) and internal IT teams to work more efficiently and productively while improving the support experience for end users. Through an integrated package of Self-Healing, Self-Service and Assisted Service applications, SupportSoft enables your team to resolve and prevent support issues more effectively than ever.

Aptean Verdiem: Verdiem EvokeIT and Aptean Verdiem Surveyor—provide IT departments with the capability to remotely wake computers so that necessary security updates can be deployed immediately and optimize power management across the enterprise.

Clarification: This information was taken from the Aptean website: Aptean have confirmed that the following applications are included in the deal:

Looking forward, Avolin will now receive the backing of ESW Capital which includes an operating platform which it believes helps reduce costs and improves efficiency of organisations it acquires. It has previously enjoyed success with brands such as Aurea, Trilogy, Versata and Ignite Technologies. ESW Capital has appointed Michael Speranza, as CEO of the new company. He was previously SVP and General Manager of Aptean’s Vertical Business Applications Group.

Speranza commented: “The acquisition by ESW Capital is an exciting development for the business and our customers and partners. Avolin will move forward with a focused strategy and leverage ESW’s proven model to strengthen and grow businesses by providing even better products and support for existing and future customers.

“I am looking forward to continuing the strong engagement that we have with our customers and partners, who rely on our solutions to help them make vitally important business decisions, and delivering the benefits that will come as being part of the ESW portfolio.”

Avolin will have 1,400 customers in more than 50 countries. The press release also states that this is not just an acquisition to improve the efficiency and grow it organically. ESW Capital may also invest in more acquisitions to bolster the portfolio.

For Aptean this simplifies its application portfolio and should let it concentrate on the remaining application sets. This now consist of (according to its website):

TVN Reddy, Aptean CEO confirmed this renewed focus saying: “We wish Michael and his team success as they take on this exciting new challenge. This action allows for both Avolin and Aptean to continue to improve focus on their core capabilities of driving product excellence and customer satisfaction.

“We will both now be able to offer more focused purpose-built solutions for the unique vertical markets we serve through product investment and innovation.”

TVN Reddy is focussing right down

The financial terms of the deal were not disclosed.  It is therefore difficult to speculate whether ESW Capital picked up a portfolio that needs improvement at a low cost. Additionally, whether Aptean now has a war chest to fund further acquisitions as it looks to expand in other sectors.

There are some interesting statistics though in the release. Aptean claims that more than 2,500 organisations in 20 industries and 54 countries use its software. However, if 1,400 of these customers now fall under Avolin one wonders how many are left under Aptean, unless that is the number that remain. However, only last July another press release stated that Aptean had over 7,000 organisations across 20 industries and 74 countries using its software. The company seems to be shrinking. What is happening?

TVN Reddy took the helm in July. Since then he has removed two sets of applications to bring a new focus to the company. Alson in July, Aptean announced that Vista Equity Partners and Bain would take ownership of a merger between Superion, Tritech and Aptean’s public sector businesses. The sale of VBAG removes another chunk of applications, customers and revenues.

Is this the last sale by Aptean? Has it started to build a war chest to make a significant acquisition in one of the remaining spaces it operates in? Will there be a further thinning down of applications? Is it clearing the decks for its own sale?

It is an interesting tactic that may see Aptean emerge as a leaner more focused organisation in 2019. However, what that focus will be, remains unclear. Product announcements continue apace but that is not surprising as it is selling the applications as going concerns. When will the selling end and the buying begin again?