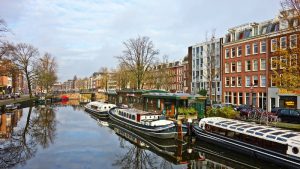 SAP Ariba Live in Amsterdam was unusual, for a vendor-organised group selling events in two ways. The first was SAP Ariba President Barry Padgett’s exhortation on the first day to dream about what is possible in the world of procurement, and to wait for days two and three to learn the practicalities.

His second was worthier. He advocated the significance of sustainability. Boiled down his argument was that those enterprises which supported sustainability in their procurement practices saw share values rise over time. He did not delve deep into why this occurred. Implicitly, the arguments were that customers feel better when they know their sources act ethically and, by avoiding the purchases of anything made with (for example) child labour, the chance of negative publicity reduce.

As both Mr Padgett and his executives admitted, procurement is not usually regarded as the sexy part of any business. Sales or technology, and sometimes finance, are the glamour players. Purchasing is routine, dull, uninspiring.

He invited attendees to imagine a world where technology makes life easier. Not just at home, but also at work and because it’s intelligent and delivers experiences that are personal and relevant. The essence of his dream was that technology should know about people and anticipate their needs, hopefully  executing these in line with personal as well as enterprise preferences.

Several people – for example Jim Ridgwick, a Save the Children International (SCI) executive – went further. His admonition embraced what the world might look like if only we dreamed a little bigger. To him today’s technological advances allow enterprises and individuals to dream bigger, bolder, and without boundaries.

When people operate with the mindset that they are temporary tenants on the planet, they recognize their responsibility to consider their impact on the world around them. For him: “true transformation arrives when it is possible to leverage available resources to create a better world with more opportunities for everyone. Save the Children International’s mission is to save children’s lives and help them achieve their potential.” As such SCI tries to leverage its power of procurement across its supply chain to create a lasting positive impact for 40M+ children each year around the world.

Others made the point that, in many enterprises, ‘procurement in all its shapes and forms’ can handle up to 60% of turnover in the creation of products and services. This provides procurement with  substantial buying clout. With that comes the ability to choose why and with whom one does business.

In this context, all those participating in procurement can contribute – by making modest contributions. When added up each small action contributes to the building and delivering of dreams. Efficiencies in purchasing come a step at a time. Everyone can play a part. But only if everyone thinks about what happens and would could happen (after process improvements arrive) will dreams come true.

For SAP Ariba, ‘sustainability’ embraces many dimensions. These include climate change, modern slave labour (especially avoiding child labour), diversity and compliance. Attached to each of these comes risk, whether reputational or operational. The risk is that some part of procurement inadvertently (or advertently if employees are ‘on the fiddle’) supports an activity which is unethical or illegal.

The example of tin – in a simple electrical fuse and possibly mined by child labour – is discussed elsewhere. That fuse is probably a miniscule percentage of the end product. If illustrated to a wider audience, the tiny amount of tin in an tiny fuse can wreak enormous costs – and require emergency rejigging of supply chain – should the involvement of child labour emerge. This costs, operationally and reputationally.

Technology has without doubt made procurement smarter and faster. It has assisted enterprises to improve their ROI and efficiency. The Ariba Network, SAP Ariba and its partners contribute to these improvements.

SAP Ariba’s corporate argument is that technology should help do good. One key part involves the  implementation of supplier risk assessments to enable enterprises to make smarter, more ethical decisions. The objective is to reduce the risk of brand damage or revenue loss – and deliver sustainability.

Few will argue about dreaming or sustainability. They are like motherhood and apple pie.

The impression which Enterprise Times took away from Amsterdam was that SAP Ariba has a genuine interest in your enterprise behaving with greater consideration of environmental, diversity and compliance considerations. It wants the members of The Ariba Network to behave better. It also wants to sell lots of complementary risk and ethics applications. Vendors like GRMS, EcoVadis and Semantic Visions add value to the Ariiba Network.

All that said, SAP Ariba Live in Amsterdam still felt a little like a curate’s egg – good in most parts but with a sustainability dressing, to which no one could object, which felt a tad exploitive. That is, perhaps, an irony too far?