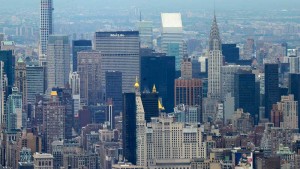 FinancialForce has announced the opening of a new office in New York. Located in the heart of the financial district it will boost its sales efforts in the area. In a recent interview with Fred Studer, CMO he commented that the company was seeing increased interest in the US from on the financial application side.

There will also be the opportunity to work more closely with the PSA customers that FinancialForce already has in the city. Additionally it will be easier to leverage customer advocacy with other prospects. The news comes shortly after it also revealed that it has almost doubled the space at its office in Harrogate.

New York in the heart of talent and customers

The office in New York is on Avenue of the Americas, the same road where its competitor Infor also has an office. New York, in recent years, has become an innovation and tech hub and FinancialForce will look to leverage that talent. However, it has not identified whether the office will be anything more than sales and administration.

The location will also enable it to host customers and customer events. Tod Nielsen, president and CEO of FinancialForce commented: “Our priority has always been to employ a customer-centric focus in all areas of our business. The New York City office places FinancialForce in the center of world-class innovation and talent. But most importantly, it offers the potential for greater access to, and closer collaborations with, our customers.”

If the current headquarters is San Francisco, FinancialForce can trace its origins back to Harrogate, Yorkshire. Tod Nielsen spent several weeks there last year and was clearly impressed with the location and the team. FinancialForce has taken up an option to increase the occupied space from 10,500 sq ft to 17,624 sq ft. Commenting in the Harrogate News Letty Ledbetter, Vice President, Global Communications of Financial.Force.com said: “We’re excited to build on the company’s explosive growth, exemplified by the bigger Harrogate offices, and look forward to additional global expansion.”

That global expansion is more to increase its share of the market in the US, UK, Spain and Australia where it currently has operations. In Spain it has a development centre in Granada though does not have a large sales presence in the country.

FinancialForce now has more than $100 million annual recurring revenue from subscriptions. This expansion is a step to help it move towards the $1 billion mark. Later today Dan Brown, Chief Product Officer will announce the latest changes to the software ahead of its release on April 20th.

Later this year will see it will also hold Community Live in Las Vegas, its major annual user convention. Nielsen is investing in the infrastructure of the company. In turn, this should help boost its revenues after a fairly flat year during which he refocused the company. The New York opening is a clever move that will help the FinancialForce sales team be much closer to prospects and reduce the cost of sale.