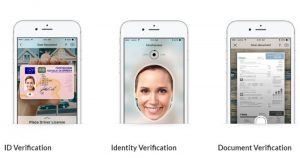 In late 2017, Jumio’s IDaaS (IDentity as a Service) surpassed the 100 million online identity verification threshold. This represents a doubling from six months earlier: in February 2017 it had 50 million transactions. Interestingly Jumio says its annual recurring revenues (ARR) increased some 96% and sales grew by >175% percent over the same period.

“This level of growth validates the importance of AI-powered Trusted Identity as a Service and our unique hybrid approach to online identity verification that combines machine learning, AI, and human review,” said Steve Stuut, CEO of Jumio. “Increased fraud, compliance mandates, and abandonment rates are very real and very immediate threats for online businesses. So, the ability to quickly and accurately assess whether someone is who they say they are has become a first-order problem that impacts revenue.”

What has driven Jumio’s IDaaS?

From the evidence of Jumio, as well as numerous other participants in this field, there is a sustained momentum for online identity verification. As Jumio reports, 2017 was the strongest year in its five year history.

2017 was also notable for Jumio on three other counts:

Last July Jumio announced the addition of eyeball tracking to Netverify’s biometrics capabilities that perform a ‘liveness’ check. This seeks to ensure that the person behind a government-issued ID is the same person holding the device. Jumio also introduced document verification as well as Chinese character support in 2017.

Jumio leverages technologies like biometric facial recognition and machine learning, combined with human review. The intention is that customers can satisfy regulatory compliance – including KYC and AML – and tie digital identity to the physical world.

The significance of identity confirmation matters more and more. As the creator of Netverify – which enables businesses to increase customer conversions – Jumio seeks to offer a seamless customer experience and reduce fraud. By combining ID Verification, Identity Verification and Document Verification, businesses have a solution which enables them to confirm the real-world identity of the consumer or applicant.

Now that Jumio’s IDaaS  has verified more than 100 million identities, issued by over 200 countries for real time web and mobile transactions, it has substance. For the moment its IDaaS offering has both volume traction for a 5 year old business and revenues. The challenge will lie in sustaining these but it appears to have somewhat of a head start over many others.