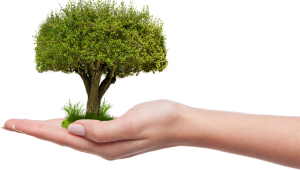 Sales of finance and planning are also increasing and Workday is slowly increasing its footprint abroad. 34 new planning customers were added during the quarter bringing the total to over 200. Another 37 Finance customers were added, up 60% from last year. Aneel Bhusri, CEO Workday commented: “Workday had a great third quarter, driving demand across all product areas and geographies, expanding our value proposition with the delivery of new products, and once again demonstrating our commitment to keeping customer satisfaction among the highest in the industry.”

Forecasts for the full year were also increased, moving slightly up from $1.78 billion to $1.782 billion in subscription revenues. Revenues for the full year moved to $2.134 billion indicating a growth of between 35% and 36%. Despite this positive news, shares fell by just over 1.6% to 101.65 on Friday (10.30am Source Google Finance).

Is there a problem for Workday?

Writing in Benzingo, Jayson Derrick noted that the company is making “steady progress”, but that their expansion is not as rapid perhaps as other startups. Certainly the share price would indicate that analysts are unsure about the situation.  There was another metric that Bhusri called out though as he is positive that bears more a look at. He started: ”Consistent with past quarters, more than 70% of our customers are in production.”

At some point that figure should decline. While the company is growing, adding more customers onto its subscription income one would expect the number of clients in production should rise. Either something is missing from that metric to make it noteworthy or Workday is failing to bring customers on board. That does seem unlikely though and Workday has brought new customers on board recently.

There is a reason why that might be happening though. Bhusri commented: “It’s definitely an average bigger customer today than it was a year ago and much bigger than a couple of years ago. And the ones that we highlighted in our opening remarks were all greater than 10,000 employees. To your point I’d say the other good trend is that we’ll have some good news for you when we report our next quarter, with some wins that are above the 20,000 employee size. These are more Fortune 500 type accounts, they’re beginning to emerge in the pipeline and becoming more predictable. “

If customer sizes are indeed growing that is good news for Workday and justifies the steadiness of that 70%. Larger customers will take longer to onboard due to their complexity. As they are onboarded and become customer advocates, those larger customers should increase in numbers too.

The indications are that Workday is indeed heading in the right direction. While its growth is not at the 40% that startups look to achieve, it is no longer a startup. The critical point will be when Workday completes the onboarding of some of its larger recent wins such as Amazon and Walmart.

What was interesting at Workday Rising in Barcelona, which the company has just completed, was not the happiness of the customers. One expects that from Workday. Its recently completed annual customer satisfaction survey attained 98%, one of their highest marks, and certainly higher than many other companies. The impressive thing at Barcelona was how many prospects were there. These were companies who had not yet made their decision. If Workday can convert those European customers, expect that growth to continue. Their brand marketing is significantly ahead of Infor who are becoming another threat to Oracle and SAP in the marketplace, though Infor are catching up.

Overall this was yet another solid quarter for Workday. There is no sign that the pipeline is slowing. There is enough cash in the bank to fuel any further acquisitions. However, they do need to move their platform forward to general availability as quickly as possible. Once that is available it will be interesting to see how many ISV’s sign up and create vertical applications.

There also comes a point where Workday should no longer be measured as a start-up needing supersonic growth. Salesforce growth only peaked above 40% when it reached a billion in revenue in 2015 when it hit 45% . That was after it dipped below 20% in 2014 (Source Market Realist). It is worth noting that if Workday continues to grow at its current rate, it is tracking alongside if not ahead of Salesforce growth from about 5 years ago. If they can sustain it for the next five years, Bhusri will have done an impressive job. He may need to consider how quickly Salesforce expanded geographically though in order to match up.

Source of some quotes: www.seekingalpha.com