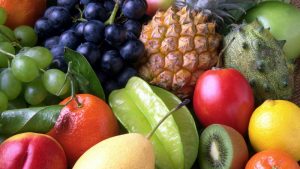 SunMoon is a fresh food distributer that turned to NetSuite to support its growth. Founded in 1983 the company went through restructuring in 2015 led by Gary Loh, Deputy Chairman and CEO of SunMoon Food Company Limited.

In 2016 Shanghai Yiguo, a major fresh food e-commerce company backed by KKR and Ali Baba base in China took a 51% stake. That injection of funds allowed Loh to start to realise the growth potential of the company. There was an issue though.

The challenge for SunMoon

SunMoon is taking advantage of the growing wealth in SouthEast Asia and China. Loh commented: “Middle class consumers are growing in importance. There are now more affluent consumers who are becoming increasingly more health conscious. Through the internet and social media, they are becoming aware of trends in produce, such as avocados or kale.”

This is the opportunity that SunMoon is taking advantage of. Through social media campaigns SunMoon is educating people about the health benefits of fresh produce that they have not been exposed to. This is similar to the explosion of imported fruit that became available in the UK after the Second World War. As consumers get more disposable income they look to purchase more diverse fruit and vegetables. SunMoon is also aware that less well off consumers also want to purchase the newly available produce. They lowering packaging prices to make them available to those with smaller wallets as well.

That potential was something that Loh saw when he first arrived at the company that was struggling. He streamlined the operation over a period of seven years from 2008 to 2015 when First Alverstone Capital injected funds. During that period, it moved from a plantation owning model to an asset light company. Loh saw technology as a solution. He commented: “Technology is key to how we want to drive and scale this business up… technology is the facilitator. It helps you communicate with your customers and get your products to them.” (Source Straights Times)

Shanghai Yiguo invested in SunMoon because they recognised its potential. The problem was that despite buying and selling fresh produce internationally its operations were antiquated. It used emails to correspond with farmers, suppliers and customers. It had operations in at least three countries with different systems all supported locally. This would not scale.

The solution was NetSuite

To resolve this issue Loh turned to technology. He announced that they had selected NetSuite in September 2016 and completed its deployment in April 2017, after five months. This has transformed operations. Within a single system the company is now able operate across three distinct subsidiaries in China, Indonesia and the US. It easily supports 11 different currencies and is looking to expand further. Though whether it will ever use all 190 currencies supported by NetSuite is another matter. The new system is also used internal in three different languages English, Chinese and Bahasa Malay.

Operationally the system has fundamentally changed the way of working. The system is streamlined with traceability of product available to SunMoon with a single click. Suppliers access NetSuite and add details of shipments such as expiry dates, volumes and packaging sizes. This enables SunMoon to create quotes for customers which can be accepted with a single click. It has eliminated double entry and SunMoon believes it has saved more than 150 hours and $20,000 in the first five months of operations. The value to the company of having all its data available in a single centralised database is also key. It will also have reduced errors from duplicate keying and will enable rapid reporting if the origin of produce needs identification.

Gary Loh, Deputy Chairman and CEO of SunMoon Food Company Limited commented: “SunMoon offers over 200 products through more than 11,000 points of sales to 169 customers in 20 countries, and these numbers are growing daily. With NetSuite OneWorld, we’ve been able to move our products seamlessly from farm to fork on a global scale much faster and more efficiently. Using NetSuite OneWorld’s integrated capabilities helps us transform SunMoon into an asset-light and customer-centric enterprise.”

Beginning of the journey

This is just the start of the next phase SunMoon journey. Loh is looking to expand further. This will include looking for suppliers from across the world. SunMoon already buys grapes from Chile and avocados from Mexico. It will also extend its customer network. NetSuite helps to enable that faster, offering local languages and the ability for SunMoon to administrate everything from Singapore.

Internationalisation isn’t easy, but cloud software such as NetSuite allows companies to both buy and sell without local presence in every country. Only when operations are large enough do they need to put feet on the ground. Even then, NetSuite has rapidly expanded its localisation capabilities across the globe since its acquisition by Oracle.

This is an example where the NetSuite ERP solution is a perfect fit. A rapidly growing and international company that needed to improve its operational processes. As the company expands into different regions Loh will not have to grow his administration function in line with the expansion. This should see increased profitability for his company.

Zakir Ahmed, General Manager, Oracle NetSuite Asia commented: “With Asia Pacific accounting for nearly 60 percent of the global population, an efficient food supply chain and distribution network is even more critical here than anywhere else in the world. We are committed to giving forward-looking businesses the tools to innovate. SunMoon is a great example of a business that harnesses technology to digitise and transform this traditional market.”