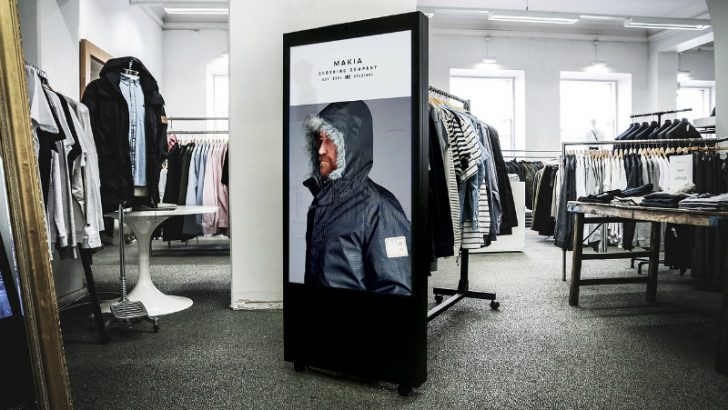 Retail is changing and a new report by SD Worx highlights some differences across Europe. The report in ebook form is available in Dutch, French and English. It is based on a survey of 473 interviews carried out in Belgium, the Netherlands, France, the UK and Germany. Interviewees were Retail Managers.

How valid was the survey?

There are two problems with the survey that need highlighting. The first is the term retail managers, it is suitably vague and does not necessarily mean that the individuals have an understanding of corporate strategy, especially in ecommerce. The second is that the survey is nearly a year old. The data was collected in October 2016 and is therefore a little dated.

However, it does show that retail is changing, and changing fast. Retailers that are not adopting omnichannel strategies will be left behind. Those that are not evolving their in stores experiences may also suffer. The report details five key findings

Ecommerce is here to stay

The reason, according to the report is the logistics involved in supporting a DIY operation. Another factor will almost certainly be the cost of shipping small items associated with DIY.

This still seems like a missed opportunity. DIY videos are popular on the Internet. A smart retailer could make their own videos with a “click now” button to order everything required to do the job.

For those companies hesitant to adopt ecommerce the statistics should change their view. Multinational retailers show an increase of 40% in turnover when an ecommerce model is adopted. For the larger brands the decision is obvious. Consumers are aware of their existence through advertising and even if there is no store near them ecommerce brings it to their home.

The pricing these stores can offer due to the volume significant harms smaller local stores. Amazon being the prime example of this. Despite ecommerce increasing in-store sales are not dead. The report cites Dutch research agency Strabo saying: “the online turnover share is likely to be between 5 to 10%”.

SD Worx highlights the challenge of ecommerce producing price comparisons in an instant. Shoppers will need something more to retain their loyalty. While the report talks about transformation it does not give any real answers. It cites the obvious that retailers can either deliver a brand experience or become a click and collect destination.

The reality is more complex, bricks and mortar stores are here to stay. It is surprising that SD Worx did not use the opportunity to say that staff are at the heart of every store.

Is it now or never

SD Worx believes that some stores will never move to an ecommerce model. It just doesn’t suit them. It uses Action and Primark as examples of this. Citing Action’s average sales basket value of €1.71 and Primark’s low cost model as an example. Retailers need to think carefully before adopting this strategy. Ecommerce is convenient and if drone delivery becomes available then the cost of delivery of even smaller items will reduce

The final finding was that mobile plays an increasing part in consumer experience. Delivering knowledge of product to a mobile device is critical. Some retailers offer to email a receipt to the shopper rather than or in addition to printing it. This gives them direct engagement with the shopper and an opportunity to deliver a discount voucher that is likely to be used.

While companies may not adopt ecommerce strategies in full they should at least have a display case on the internet. While you cannot buy from Primark on their internet site they have a full brochure with pricing. Should the logistics of ecommerce change for for Primark then they are well prepared for it.

Are there opportunities in Europe?

The UK also leads the way for webstores with 70% and again Belgium is weakest with 52%. Will the market evolve in Belgium? 91% of retailers still have a physical store. This is the highest in the survey. That figure drops to 78% in both the UK and the Netherlands.

There are some interesting variances. This would have been more interesting were the breakdown of retail types available.

The report concludes that companies need to adopt an omnichannel model. This is not just about delivering a mobile app, a webstore or a physical store. It is the integration of all three into a single holistic approach. Primark’s webstore supports their physical stores and it is a definite integrated approach.

The advice is to consulting an expert rather than just rushing out to buy technology. This is a wise approach. The challenge most retailers and e-retailers faced is neatly summarised in the reports conclusion where it says: “We know that customers still value the in-store retail experience with the possibility to touch and feel, but they also want the convenience and the price benefit of e-commerce.”

As Peter Van Ostaeyen Business Development Manager Retail SD Worx points out in the introduction: ”It is important to distinguish an omnichannel user experience from a multichannel user experience.“ Wise words, but which retailers will follow them in 2017/2018 and how many will disappear from the high street.