Enterprise Times
Home Blogs The end is nigh for Flash but what can we learn from...
Facebook
Twitter
WhatsApp
Linkedin
Email 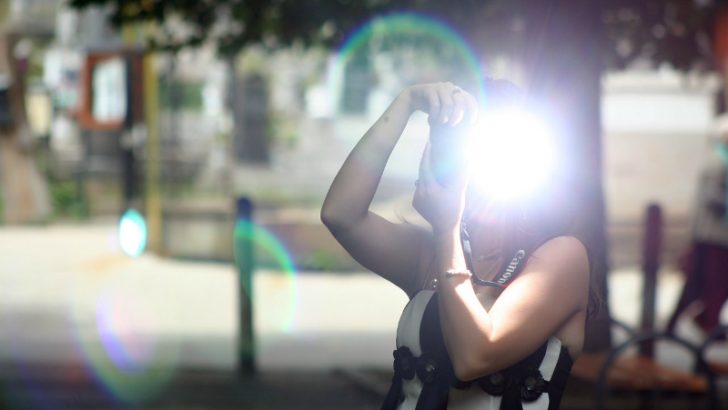 Adobe has announced that it will end support for Flash on 31 December 2020. While this announcement may have been inevitable, it is worth taking a moment to mourn the passing of a technology that was integral to the growth of the World Wide Web. However Flash may have come to be viewed, there was a time when some believed that it could replace HTML as the de facto way of creating web-based content.

Back when the web sucked

Flash was born in a very different time to today’s internet age. The technology, originally created as FutureSplash Animator by FutureWave software was acquired by Macromedia in 1996. Ironically, that was after being offered to Adobe who turned down the offer to acquire it. Macromedia itself was a major player in the evolution of the Internet through products such as Shockwave, Dreamweaver and Flash.

In the late 90s, HTML was an incredibly basic language. There were less than 100 tags and the only option for non-static content was the blink tag that, you guessed it, made text blink. At the time that Macromedia acquired Flash, Cascading Style Sheets (CSS) had only just been released and JavaScript had appeared the year before. Both were incredibly basic compared to today.

In addition to the limited nature of HTML and the nascent capabilities of CSS and JavaScript, there were the browser wars. Netscape was the dominant web browser that came to be challenged by Microsoft’s Internet Explorer and Mozilla’s Firefox (a slew of others would come and go).

These browsers interpreted HTML, CSS and JavaScript differently – not only between the different vendors but even between different versions of the same browser. This meant that developers had to ride different code to support different browsers and where capabilities were not supported across multiple browsers, they often defaulted to the lowest common dominator.

Even the most advanced capabilities were primitive by today’s standards and expectations. Flash by contrast enabled the creation of richer and more dynamic content experiences. Flash ran across browsers and operating systems in a far more consistent way. With Flash, the Internet could support animations, video, audio and other dynamic interface capabilities. It gave birth to what would be known as Rich Internet Applications (RIA) that would include other technologies such as Microsoft Silverlight.

There was a time when the Flash player came bundled with browsers and operating systems such that it was almost ubiquitous – if a user can access the Internet, it was almost guaranteed that they could view Flash. The growth of gaming and video on the Internet owes more to Flash than any competing technology. There may not be Netflix without Flash.

In 2005, Adobe acquired Macromedia and with it Flash. By this time, Flash was everywhere on the Internet and was starting to be used for serious business applications. Flex, a Flash variant designed for building forms based applications, was growing in popularity. Even banks were building Flash/Flex applications. Adobe worked to address this market through new tools such as Flash Builder and Flash Catalyst.

The beginning of the end

But, the most widespread use of Flash was in the world of marketing and advertising. In an effort to create more compelling – and therefore successful – ads on webpages, creative agencies took to using Flash. With advertising driving vast amounts of revenue, ads were everywhere on the web. As webpages became cluttered with Flash-based ads, the experience of viewing such pages deteriorated. Poor performance and crashes began to give Flash a bad name.

Flash faced other challenges. Web browser plug-ins such as Flash, also became vulnerabilities through which malevolent actors could attack a user’s computer. Flash was by no means the worst offender and Adobe worked hard to address vulnerabilities.

While the Flash Player was free, the tools and server support did come at a cost and many customers complained about the cost of server licenses to support features such as streaming video. Then there were the Flash Designers – unicorns who could design and code – and so commanded high day rates and salaries.

Known failings, but were they all deserved?

In 2008 Adobe took Flash out of the browser and onto the desktop as an application development technology known as Adobe AIR. Further fundamental challenges with a technology that was over 10 years old began to emerge.

Those of us that built AIR apps know the difficulties. For example, they required developers to be familiar with such concepts as Garbage Collection and many with entirely web development backgrounds were not. This led to problems such as bad performance and even OS crashes. But we also appreciated how it enabled developers familiar with the web to build for the desktop.

While Flash wasn’t perfect, the negative image that it garnered was in many respects unfair to the technology and more attributable to the way it was often deployed. It was never designed to have many instances running in a single web page.

While the over use of Flash ads is not the only factor contributing to its demise, it certainly was significant as it was most noticeable by users. Flash was created to enable great user experiences to be built. Perhaps unfairly, it eventually took the blame for bad experiences.

Eventually HTML caught up with Flash

By the time Apple launched its first iPhone in 2007, Flash’s reputation had been tarnished such that Steve Jobs publicly attacked it and Adobe, and said that it would not be supported on the iPhone. Somewhat rich given that it was Adobe’s customer base that had largely kept Apple going during the time between Jobs leaving and returning.

At the same time, the latest version of HTML – HTML5 – was beginning to emerge. The ambition with HTML5 was to enable many of the capabilities that Flash had provided but natively within web browsers. Notably, such things as video and animation. The industry began talking about HTML5 as the replacement for Flash. With Adobe ending support, that competition will finally end in 2020.

Let the obituaries be kind, and let’s hope we learn from Flash’s demise

For those of us that remember and were even involved in creating Flash experiences, Flash made things possible at a time when the Internet was growing – before Facebook, the iPhone or Netflix. It allowed us to create experiences that made the Internet engaging and exciting and that drew in millions of users around the world. Unfortunately, some of that power was misused – let’s not mention the Flash website intro craze – and one would like to think that we’ve learned from that.

As Flash is usurped by HTML5, I visit an increasing number of webpages that are littered with HTML5 based adverts and such pages are becoming increasingly unusable due to poor performance, freezes and crashing. As Flash dies, it appears that at least one of the drivers that contributed to its demise, has found a new home. One is left asking the question, have we learned the key lessons from the life and death of Flash, or are we destined to repeat them?

Let’s not remember Flash for its faults or its misuse but instead for how it helped to make the internet exciting.

Clive Howard is a technology consultant and Entrepreneur with over 15 years’ experience in the web industry. He started his career as a developer in digital agencies before founding his own consultancy in 2002. The last 2 years have been spent delivering strategic “User Experience” improvement programmes that have enhanced business effectiveness and customer engagement.

The blog was written by Bola Rotibi and Clive Howard. It was first published by Creative Intellect Consulting and is reused here with permission.