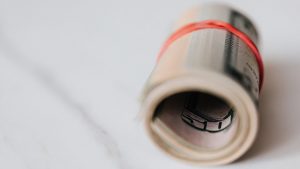 Platform.sh has raised $140 million in a Series D funding round. It brings the total raised across five funding rounds to $187.3 million. It makes this round the most successful so far. Of interest, is that the round saw three new investors and four of the five Series C investors returning.

The lead investor was Munich-based Digital+Partners who are a new investor. The other two new investors are San Francisco-based Morgan Stanley Expansion Capital and Paris-based Revaia. The four returning investors are BGV, Eurazeo, Hiinov, and Partech. Only SNCF choose not to re-invest in Platform.sh.

Fred Plais, CEO and Co-Founder of Platform.sh, said, “When we launched Platform.sh, we wanted to build a very powerful cloud platform that simplifies the cloud experience for web developers, making sure they spend time on developing and zero time on cloud infrastructure.

“Our approach has quickly inspired global corporations to manage thousands of websites and applications efficiently and securely to help them make informed, greener decisions when hosting web apps. This latest round of funding will support us as we invest in third-party technology acquisition and continue to innovate.”

What is Platform.sh going to spend the money on?

The company has been quick to outline its plans for the money. It is to use part of the money to fund expansion across Europe, the US and Asia. This will mean recruiting new employees although the company has not said what roles it is looking for.

It will also use part of the money to fund expansions. It points to the successful acquisition of Blackfire a year ago. That enabled it to expand its application management solutions. It now plans to look for other companies that will help it  “accelerate its organic product roll out.”

What exactly it is missing from its existing offerings is not clear. It has built a platform to allow companies to design, build and deploy websites seamlessly at scale. Scale is an important part of its position and it achieves this through its automation solutions.

It also positions itself as technology agnostic, allowing development teams to use any language or framework they want. It means that large organisations don’t have to enforce a set of products when they outsource development.

This flexibility has brought it a raft of large multinational customers who run significant numbers of websites globally. It allows them to spin up new websites and applications with ease. This might be to meet demand, or as part of a new product launch.

The larger the organisation, the more website and cloud-based applications it has to build, deploy and manage. For multinationals, this problem is exacerbated by the need for localisation and the use of a multitude of agencies and outside contractors. Platform.sh believes that its offerings, particularly its automation solve this problem.

Using the new funds for expansion and new hires will give it greater global reach. What is of more interest is its acquisition plans. Who will it target? Does it already have a target or even targets in mind?

Blockchain Charles Brett - June 20, 2022 0
This is Charles Brett's start-of-the-week Enterprise Times ‘blockchain catch-up’ 2022-Week 24. Necessarily it is idiosyncratic and selective. It is not intended to be comprehensive but...