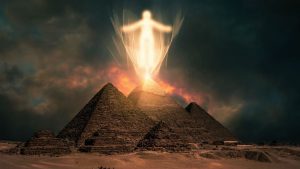 Pyramid Analytics has announced a $25 million growth equity funding round led by Jerusalem Venture Partners (JVP). The funding comes five years after its Series B funding round that raised $30 million. The inference is that Pyramid had probably not grown as fast as its investors would have liked. However, after a record year in 2019 it has regained momentum and was able to attract new investment.

2019 was a stand out year for Pyramid Analytics. It added hundreds of customers, forged stronger partnerships and continued to be recognised by analysts. Pyramid Analytics appeared in the Gartner Business Intelligence and Analytics quadrant for the seventh consecutive year. It remains a niche player though. It continues to develop its ability to execute. However, it appeared to drop, compared to competition, on its completeness of vision from the previous year.

What seems to have made a difference in 2019 is that Pyramid found a renewed focus on delivering customer focused analytics software. It released Pyramid v2020, in October. A huge release that included 150 new features. With its focus on customer experience Omri Kohl CEO and co-founder noted in a blog: “No other competing BI solution packs as much analytic punch—without overwhelming users—as Pyramid.”

One of the key partnerships going forward may be from the Pyramid integration with SAP BW. That integration supports legacy BW, BW on HANA, and BW 4/HANA. Pyramid may have found its blue ocean. If it can forge a partnership similar to that of BlackLine in the coming months, it may see growth rocket.

What will it do with the investment?

While not specifically stating SAP, Pyramid did say that it would use the money to deepen its strategic alliances and strengthen its global coverage. Will it add new technology partnerships? Currently Pyramid has offices in the Netherlands, USA, UK and Israel. Will it expand its footprint in EMEA, possibly in Germany. Or will it look to Asia or a larger presence in the US?

Kohl stated: “We are thrilled to have JVP as an investment partner to help fuel Pyramid’s growth. JVP rightly sees the importance of enterprise-ready self-service BI, which can serve as a financial vaccine in uncertain economic times. Since Pyramid released its completely redesigned application in late 2017, we’ve acquired hundreds of new customers and developed an ever-growing list of strategic partners, resellers, and leaders in the data implementation market. While other BI companies have focused on developing market awareness, we’ve taken a product-first approach to our go-to-market strategy. Our strategy emphasizes true enterprise BI capabilities that are highly flexible and scalable. Now, with this funding, we’re ready to share our story. It’s an exciting time for Pyramid and our customers.”

That stronger product is clearly addressing a need in the market. The placement on the Gartner Quadrant as a niche player is not a poor reflection on the company. While the company does not yet have many reviews on Capterra or G2, those that are there are positive. With the acquisitions of Birst by Infor and Tableau by Salesforce the independent analytics market is more open than ever. There are still a lot of competition. Pyramid will hope to accelerate past them with this funding.

What the investors say

JVP are serial investors in the BI and analytics space. They participated in a funding round for Qlik Technologies in 2004. In 2010 they sold part of their stake for $112 million in an IPO with a $4 billion valuation that gave them a 40x return on that investment. Whether they can achieve the same returns is a bar to aim for. They have since gone private again following their acquisition by Thoma Bravo in 2016.

Erel Margalit, founder and chairman of JVP  commented: “Our investment in Pyramid represents a continuation of the strategy to invest in companies that take the BI industry forward. Pyramid Analytics is enabling the world’s largest companies to analyze information in a modular, smart, easy and fast way. Pyramid delivers ease of use, similar to departmental tools like Qlik and Tableau, side by side with enterprise readiness, similar to SAP.”

Clearly JVP see something in Pyramid that has been hidden before, perhaps because the market was dominated by Tableau. No longer independent after its acquisition by Salesforce it sees an opportunity. Yoav Tzruya, general partner at JVP commented: “We believe the enterprise BI sector is ripe for disruption, once again. While we’ve seen successful add-on technologies—specifically around visualization, desktop tools, and the individual knowledge-workers—the core of the enterprise BI sector has remained stagnant, monolithic, and antiquated. We’re impressed by Pyramid’s achievements over the last few years—customer wins, sales cycle, partner engagement, and growth. We are thoroughly excited to build the next category leader.”

In 2019, Pyramid focused on augmented analytics, product flexibility, and ease of deployment. In addition to ETL tool upgrades, Pyramid added integration capabilities for customers on SAP, including SAP BW. Through it all, Pyramid has focused on customer experience and ease of use so the platform can be used across the organization.

Like several other analytics software companies, Pyramid has developed a strong product that has a number of advocates. What it needs to prove next is that it can create a sales and marketing engine that will enable it to grow its market share. Its relationship to SAP and SAP partners around the world may be key to this. Building ones own ecosystem of partners takes time. Leveraging someone else’s mature ecosystem with a product that delivers advantages to their customers is one fast way to achieve the growth that JVP is looking for. Pyramid will need to spend wisely though as it looks to establish itself in the SAP ecosystem as well as the wider BI and analytics market.