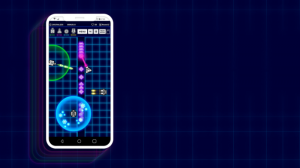 Cartesi has provided what it says is the first ever dApp infrastructure which runs an operating system (OS) on top of blockchains. It launched its platform as the it completed a funding period for Q1.

“We are excited to be launching the first ever Linux infrastructure that runs on top of  blockchain, while we complete our second round of funding,” says Cartesi CEO Erick de Moura.

“Blockchains and decentralization will allow for a new exciting range of applications, but with the current state of DApps, the space is very limited, making it very difficult for mainstream adoption. So, we are striving to create serious change and increase the viability of dApp development on top of blockchain.”

As blockchain moves out of the shadows and into mainstream consciousness. Programming and developing infrastructure must adapt to the new technology for other, non-crypto purposes.

It is possible to develop directly on the blockchain. But the process:

The approach taken by Cartesi, is to bring all the tools and capabilities available in a modern operating system (Linux) to the decentralised web. The Cartesi solution provides a legitimate and fully-fledged Linux OS that:

In effect Cartesi enables programmers to:

In this way Cartesi overcomes present limitations and any new OS steep learning curve, by:

Cartesi hopes to enable developers to use the familiar and powerful software components supported by Linux to create dApps. If this works as envisaged, developers will be free of many of the hassles associated with limited domain-specific blockchain environments. Mainstream developers can build dApps with software stacks they are already familiar with.

As important, Cartesi dApps should be portable across most relevant blockchains. Developers will not need to worry about the longevity of specific blockchain projects – a significant potential bonus.

Cartesi is also launching Creepts. This is a decentralised ‘tower defense tournament game’. More importantly, Cartesi has built Creepts as a demonstrator on-top of its computing Layer-2 solution for blockchains.