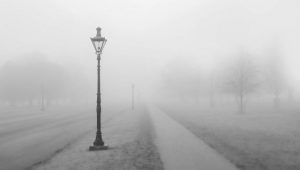 Sage announced apparently strong figures in its Q3 2019 results. Total revenue grew by 5.3% to £476 million, year over year, in the third quarter. Total revenue for the nine months to date was £1,417 million, a growth of 5.9%. Jonathan Howell, Chief Financial Officer, acknowledged that this growth appears strong, partly because of the poor 2018. Another factor in the UK especially was the introduction of Making Tax Digital by the UK Government. The trouble for Sage is that it is in the midst of transforming its business from a legacy on-premises software provider to a cloud software company.

Recurring revenue increased to 11.4% to $405 million in  the third quarter. With software subscription growing 28.3% to £752 million, Sage is demonstrating that its migration strategy is working. Understandably, software and software related services (SSRS) revenue declined to £195 million, a drop of 15.5%.

The growth was mainly in the US and UK, though France grew by 2%, a low figure considering the historical declines in that country. Howell also stated that both France and Iberia have a long way to go with the migration process. Howell commented: “We can only move in step with the level of cloud adoption in those countries. It will take time in those territories to pick up.”

In France it is facing competition in the SME market from companies like QuickBooks and EBP. EBP flagged a growth of 8.5% in its last earnings results.

Is the Sage strategy on track? Howell commented: “We remain encouraged by the progress made in recurring revenue in the first nine months of FY19, reflecting Sage’s focus on high-quality subscription and recurring revenue as we continue the transition to becoming a great SaaS company.”

The figures might indicate that, but there are some signs that all is still not well. Sage called out underperformance by Sage Enterprise Management (X3) licenses and services in the revenue figures. Does the reference in the release to X3 mean that it is returning back to its original name as has been rumoured? Analysts questioned Howell about the reasons for the decline, Howell defended the product staunchly.

On the question of why Enterprise Management is underperforming Howell answered: “There is no one particular thing, whether it is go to market or marketing, pipeline product capability there is nothing specific, that is the particular reason for the under performance.”

He argued it is underperformance against a plan set 12 months ago. In contrast, the cloud revenue is outperforming more than SSRS is underperforming. Unless they can identify what is wrong with Sage Enterprise Management/X3 it is difficult to see it being fixed. Though Howell started that they are aware the problem is there and are working on it.

The difficulty in understanding the actual progress Sage is making is their failure to split out figures from connected cloud and cloud native solution revenues (such as Sage Intacct  and Sage People). Its connected cloud solutions such as Sage 50C and Sage 200C are not cloud native solutions. They are still on-premises solutions with a hybrid cloud element.

This is a medium if not short term issue for Sage. It will help them retain existing customers but they may lose out on net new customers adopting pure cloud technology. It is a fact that Sage are aware of.

However, Howell would not be drawn on revealing their strategy other than saying: “We will give a full update at the year end. We are focused on identifying and developing the critical elements of native cloud product that we require not least in those important areas relating to Sage 50 in particular.”

There is a lack of detail in Sage results that often frustrates. On the whole the numbers look solid. Yet there are several unanswered questions about its actual performance and strategy. Aaron Harris, appointed in 2019 will deliver his cloud strategy at the end of year. It will be interesting to see how that shifts Sage towards fulfilling its vision. At the moment it is not easy to see whether it is actually heading in the right direction. Again, there was no mention of Sage People, which historically has been one of the fastest growing cloud products for Sage.

The shares dropped sharply on the results from 815.20 on July 24th falling by more than 100 points before recovering slightly to 732.60 as of writing this article. Steve Hare’s honeymoon period as CEO appears to be over. After a year of steady growth it will be his performance at the year end that will be critical.

Sage also revealed that it will perform at the bottom end of its guidance for profit, a fact that was not welcomed by analysts. It will become a major problem if it drops below its targeted figures.