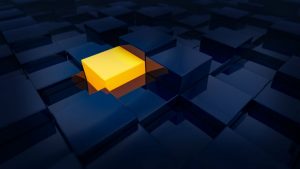 With the cacophony of announcements around Artificial Intelligence (AI) from many of the leading software vendors, you’d be forgiven for believing that each presents a unique direction to be investigated.

The reality though is that while there are clear signs for differentiating focus, the hurdles and barriers for AI are common and the intentions and goals, when you strip away the messaging gloss, are not so very different.

But what of Microsoft’s journey through the AI landscape? Has the company, with its mastery of reach through a portfolio of crowd pleasing products (Windows, Office365, Azure, Xbox and Visual Studio) found a way to say and offer something distinctive?

As we move into the age of AI, several issues come to the fore: the maturity of the technology itself, the transformative potential of the technology, and managing any possible negative effects. Major technology vendors at the forefront of AI are working to address these areas. Microsoft outlined its current thinking to a group of analysts at its recent Microsoft Ignite | The Tour event in Amsterdam.

Microsoft’s CEO Satya Nadella talks about the Intelligent Cloud to the Intelligent Edge, which essentially says that software running on everything from small devices to the Cloud, should be infused with AI. The company believes that AI is about people – transforming not just industries but society itself. While AI presents opportunities for business, Microsoft is keen – and for very good reason given the level of mistrust with both the technology and the data that technology companies serve it – that it is used for good. For example, Microsoft’s AI for Good efforts, which includes an AI for Humanitarian Action initiative, offers grants to organisations using AI for humanitarian use cases such as predicting famines and disrupting human trafficking rings.

The current state of AI

AI is still in its infancy – even some of the most transformative business use cases where vast amounts have been invested and that have delivered tangible value, have seen some parties still disappointed compared to the original vision they were sold or imagined. For example, MD Anderson pulled out of its partnership with IBM citing that the vendor’s cognitive AI technology – IBM Watson – had not met its goals. Microsoft has also had set-backs, such as its Twitter chatbot Tay that posted offensive Tweets.

That said, the discrepancy between marketing and reality should not fail to acknowledge early successes: Microsoft cites its XiaoIce chat bot in China used by hundreds of millions of people since 2014, and its Indian chat bot, Ruuh, that is teaching traditional skills like weaving and looming to a new generation of Indians.

The current landscape for AI is therefore slightly uneven. This is not a criticism of AI; these are very early days for the technology and time will be a key factor to both improving AI capabilities and proving its abilities. But it is important that anyone planning AI-based solutions today needs to set sensible expectations.

Pre-rolled and roll your own AI

Here at CIC, we have seen AI technology fall into two groups. The first are pre-rolled out-of-the-box use case specific solutions – typically cloud-based services such as voice or image recognition. For example, adding voice recognition capabilities to an existing app is straightforward and can deliver value quickly. Such simple to implement services can make adoption of AI easier.

Perhaps the biggest challenge for AI is that its transformative capabilities carry such potential that it can be difficult for an organisation to truly understand how and where it can apply them. This is the main issue facing the second type of AI – roll your own. This requires custom models to be built and trained. This implementation frequently requires data science skills, business domain experience, and software development talent. But more importantly it requires a carefully designed and somewhat familiar question to be asked – what is the ultimate business purpose this system is designed to solve?

To get the best results can require huge amounts of well-organised data and a significant investment in resources to help train the AI. However, it is in this type of AI that one sees the most incredible potential – not just for industry but society.

Like other vendors, Microsoft has invested in both types of AI from its pre-built and customized AI services in its Azure AI Platform to SaaS-based solutions like its Dynamics 365 AI offerings. But Microsoft’s success has largely come through its ability to engage with the developer community. Typically for Microsoft, it is in this ecosystem that it has had success, primarily with its AI services. It already has over 1.2 million developers using Azure Cognitive Services with almost 400,000 creating digital agents with its chat bot service.

The company is also in the business of empowering organisations who wish to build custom models. Its Azure Machine Learning offering provides an online environment for building and training ML models. In this regard, Microsoft’s strategy is akin to other vendors with services and strategies for supporting those who want to roll their own custom AI models. But with the flair of an organisation with an enviable developer track record and footprint, Microsoft demonstrates its developer friendly credentials by making it almost a one-click process to go from a trained model to an API that allows developers to quickly and easily build solutions that realise the value in the model.

Good versus bad AI – is Microsoft equipped to champion the cause?

To its credit, Microsoft is not naïve about AI, recognising the potential harm that the technology can do. Whether this is AI being used for malevolent purposes – some might argue that areas of military use fall into this category – or the unintended consequences of AI, such as job losses through automation. The vendor, and it is not alone in this endeavour, has been working to engage governments and industry around the ethical considerations that flow from the adoption of AI. This has seen Microsoft push for good governance around the application of AI at both the state and business level.

This is an inherently challenging area – especially for a vendor with the history of Microsoft. It is welcome that such a powerful technology company is considering the potential pitfalls and possible solutions to these ethical questions. But it runs the risk of Microsoft being seen to be forcing its own West Coast morality and ethics on the rest of the world. In fact, the company is already experiencing the challenges of ethics itself with some employees wanting to stop providing AI services to the US military. This highlights how what’s right or wrong is very subjective and an area where any corporate should tread carefully.

A second area of focus is the search for mitigating activities that could offset the potentially negative consequences of AI. For example, investing in training programs (not just for Microsoft staff) can help prepare those in the workforce for a future in which AI will be very relevant to their vocation.

Governments and industry alike have a track record for both ignoring and reacting too late in addressing the negative effects of technology. The result is a fear of technology change that has contributed to a cultural resistance that is slowing down the adoption of new technologies such as AI. It’s understandable that many might not welcome the onset of AI driven automation obsoleting their means of work and pay.

Crucially, such fears are detrimental to business but also to society since AI offers opportunities and capabilities that both could benefit well from.

By realising and trying to address these implications, Microsoft may be able to help those who might otherwise be negatively affected. Doing so will help to reduce the resistance to change, the result of which could see a significant increase in the rate of AI adoption as the broader benefits and strategies for mitigating the more immediate negative consequences of the technology are widely realised.

Addressing mitigating actions is perhaps a far better area for Microsoft to focus its attention and develop successful working practices compared to navigating the quagmire of AI ethics which many might feel that it is not be best equipped for. Solving the negative aspects of AI adoption through practical workplace initiatives that help allay workers fears is likely to be more supportive and successful and well within Microsoft’s remit as a technology employer operating effectively in the digital economy.

CIC Analysis: A necessary approach for a technology behemoth that could prove differentiating

Microsoft’s direction with AI reflects the growing reality of today’s AI and its implications for industry and society. The technology has incredible potential but is clearly in its infancy and expectations need to be managed. Adoption – especially of more complex custom models – is challenging but pre-rolled cloud services do make it easier to on-board developers. However, the implications of AI are not all positive and governance and mitigating actions will be critical. But if government and the software industry work across all three of these areas it will only serve to better enable the benefits of AI while minimising the risk.

Microsoft has a broad portfolio made up of solutions and products that have enviable sized user bases and a very large developer ecosystem. All of this offers Microsoft with a sizeable dataset to power its AI engine and a broad audience to demonstrate and drive its AI capabilities.

However, the benchmark for AI is not how many AI features a vendor can roll out but from whether it can deliver truly transformative solutions. So far, no vendor can claim that, and most people’s experience of AI is underwhelming. If any of them want to break away from the pack, they need to show something truly transformative. In developing strategies for mitigating the negative consequences of AI, especially in the workplace, Microsoft has an opportunity to cut a different path.

Can the same be true for its customers though? Can they take what Microsoft is offering and use it to deliver value and transformation for their organisation, client base and supply network? Will they be willing and be in a position to learn from Microsoft when it comes AI practices?  Historically, Microsoft has provided the tools, technology and processes that its customers have created value with. The likelihood is that the company will do so again with AI. But will it be so different to what others offer, thereby cementing its continued dominance in the technology market?

AWS – Power to the data scientists means value to the customer

AI in the docks are the believers forgetting something?

The blog was written by Clive Howard, Principal Analyst at CiC. It was first published by Creative Intellect Consulting and is reused here with permission. It was previously published as “CIC Focus: Is Microsoft’s reality for AI really that different?”.