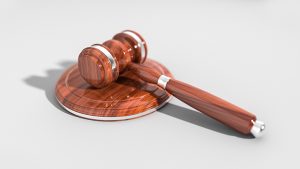 The suit has been filed with the US District Court for the Northern District of California, and centres on SAP’s HANA in-memory database product and a joint venture between the two companies called the ‘Bridge Project’. The suit also names the former SAP CTO Vishal Sisha, who left SAP in 2014 and went on to be named CEO of Infosys.

The history of this case dates to 2008 when the two companies looked to a joint venture around the bringing together the worlds of ERP and Data Analytics and Warehousing (EDAW) market.

Lawsuits of this type are complex in their nature, but they do have the ability to see sizeable pay outs awarded by a jury. For example, in 2010 Oracle was awarded $1.3bn from SAP after it initially filed a suit in 2007. This decision was eventually overruled, with SAP agreeing to pay Oracle a smaller figure ($356.7m) in damages.

Teradata looking for a jury trial to maximise damages

Teradata is now looking for damages to be awarded and has demanded a jury trial takes place. A section of its suit delves into the industry success of SAP HANA to the tune of what it calls “billions of dollars.” Teradata claims that annual revenues alone for HANA are over $1bn, and that SAP estimates it had over 18,000 HANA customers in 2017. It goes on to say that industry research predicts that by 2020 over 50% of SAP’s ERP client base will  be using HANA.

Both companies are carefully choosing their words in relation to the suit. This is what Teradata has to say:

“As set forth in the complaint, Teradata is alleging that SAP has engaged in a decade-long campaign of anti-competitive behaviour, to the detriment of the parties’ customers and Teradata alike. SAP lured Teradata into a purported joint venture in order to gain access to Teradata’s valuable intellectual property. SAP’s purpose for the joint venture was to steal Teradata’s trade secrets, developed over the course of four decades, and use them to quickly develop and introduce a competing though inferior product, SAP HANA. Upon release of SAP HANA, SAP promptly terminated the joint venture, and SAP is now attempting to coerce its customers into using HANA only, to the exclusion of Teradata.

Teradata supports competition and innovation in the data and analytics space. SAP’s conduct, however, is neither pro-competitive nor innovative. We believe seeking relief through legal action against SAP is a necessary step to protect the rights and interests of our shareholders and all of our other stakeholders, including our customers.”

Strong stuff. So, what does SAP have to say about the suit? SAP responded to the lawsuit with the following statement:

“Teradata has been aware of the allegations made by a former SAP employee for some time now. SAP offered to discuss and address these allegations with Teradata in 2015. Unfortunately, Teradata did not accept this offer and instead chose to file a lawsuit over 2 years later. While SAP remains willing to discuss Teradata’s stated concerns, it will vigorously defend itself. The filing of this lawsuit does not impact SAP’s ability to continue to deliver value to all of its customers, including HANA customers.”

So what does this mean?

This legal action is set to run for sometime to come, with the filing by Teradata literally the opening salvo. Keep checking back as we monitor the coming exchanges between these companies as this is likely to get very interesting.

On paper this feels like a David vs Goliath dispute, if you base it purely on financials. During 2017 Teradata pulled in $2.156bn after what it called a strong fourth quarter and reported a net loss of $67m for fiscal 2017. SAP during 2017 generated revenue of 23.46bn euros with an operating profit of 6.769m euros.

Technologically Teradata is keen to show it is a leader in cloud-based data and analytics, and now it is looking for its pound of flesh from SAP by filing this IP suit.

For those interested in reading more take a look at the court filing.