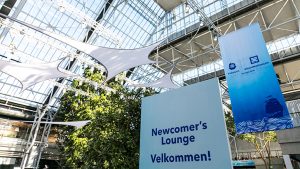 Package manager application Helm has come out from the shadow of Kubernetes. Until now it has been a sub-project underneath Kubernetes. However, a vote of the Technical Oversight Committee (TOC) of the Cloud Native Computing Foundation (CNCF) has promoted Helm to incubation-level hosted project status. This is a major boost for Helm and for Kubernetes.

“Both the Helm and Kubernetes projects have grown substantially. As Kubernetes shifts its focus to its own core in order to better manage this growth, CNCF is a great home for Helm to continue making it easier for developers and operators to streamline Kubernetes deployments.”

Helm is a package manager that runs as an application on top of Kubernetes. Using the Kubernetes API, Helm can identify the requirements and dependencies of a micro-service built on Kubernetes. It uses those to create packages that are called charts. A chart enables operations teams to reliably deploy a package.

For more complex applications that consist of multiple packages, Helm creates a chart of charts. There are two parts to Helm:

Kubernetes has only just graduated from the CNCF. Now we have one of the most useful sub-projects being granted its own project status. With over 330 contributors already, project status is likely to give Helm a significant boost in terms of awareness. This will help it continue to develop and it will be interesting to see how quickly it also graduates from the CNCF.

Things are beginning to accelerate at the CNCF. A few weeks ago at the CNCF and KubeCon 18 conference in Copenhagen, Enterprise Times spoke with Alexis Richardson, Chair of the TOC at the CNCF. Richardson talked about the acceleration of projects joining the CNCF and also graduating. His view is that the CNCF is no longer a start-up organisation.

If Helm does move quickly through to graduation, it will be interesting to see what other projects the TOC approves.