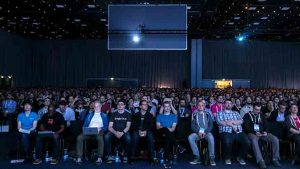 At the recent Cloud Native Computing Foundation (CNCF) and KubeCon conference in Copenhagen, Enterprise Times caught up with Alexis Richardson. In addition to being the CEO of Weaveworks, Richardson is also the Chair of the TOC at the CNCF.

Richardson started by giving us an update on where all the projects are within the CNCF. It recently hit a major milestone when Kubernetes became the first project to graduate from incubator status. In the next few months it will be followed by FluentD, Prometheus and Envoy. For Richardson this is a big step forward. All of this has been achieved in less than two years. He believes that this shows the CNCF is no longer a start-up as an organisation.

One of the interesting things about the CNCF is its relaxed approach to governance. Rather than impose a large set of rules on projects, the CNCF allows projects to do their own thing provided they play well together. Richardson likes this model. He believes that it gives projects freedom to develop and that the community will ensure that projects integrate if they solve problems.

Richardson likes to talk about integration and Lego. The problem is that while the CNCF and the community can help drive integration to projects inside the CNCF, getting support from external projects is not as simple. Richardson sees a key part of the solution being APIs and importantly, open APIs. This is not always what organisations want. No matter how easy APIs are to use, they do not want to be building and maintaining their own integrations.

One of the potentials for containers is to revolutionise how we write software. Could it solve the promise of Object Orientation from the 1980’s? Richardson believes is can. To hear what else Richardson had to say listen to the podcast.