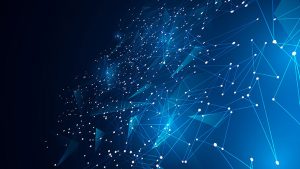 The Hyperledger Sawtooth 1.0 modular platform for building, deploying and running distributed ledgers has been released. This is the second of the Linux Foundation Hyperledger projects to reach this milestone. Last year the Hyperledger Fabric also hit 1.0 and is expected to go to 1.1 in the next few months. This year should also see at least one more of the nine current projects hit the 1.0 milestone.

While many blockchain projects seek to distance themselves from their cryptocurrency roots, Sawtooth does not. It started life as Sawtooth Lake inside Intel until it was given to the Hyperledger Foundation. The goal was to learn from the security and scalability challenges of Bitcoin to make blockchain an enterprise ready solution.

There are now over 50 different contributors on the project including all the big contributors to the Hyperledger Foundation and many smaller developers.

According to Brian Behlendorf, Executive Director, Hyperledger. “We’re beyond excited to see not one, but two of Hyperledger’s active projects hit 1.0. This is a huge testament to the strong collaboration of our growing community – I look forward to seeing even more products and services being powered by Hyperledger Sawtooth later this year.“

ET spoke with Behlendorf about Sawtooth. He told us that Sawtooth has taken a very different approach to Fabric. Fabric was focused on solving the database problem. Sawtooth is about the consensus algorithm.

Behlendorf told ET: “Sawtooth set out to solve questions around the way Bitcoin works with blockchain. The first question was how do we solve the energy efficiency issues. The solution is to use the consensus mechanism called proof of elapsed time (PoET). It’s like Proof of Elapsed Work except it depends upon the CPU telling you ‘I’ve waited a certain amount of time, I didn’t use that CPU I just waited.'”

The advantage of this approach for Intel is that it could use the Software Guard Extensions (SGX) in its processors to provide that data. More importantly, SGX is not something that can be altered by a hacker making it a trusted mechanism.

This approach will deliver greater scalability according to Behlendorf. He said: It provides greater horizontal scalability by potentially being able to build networks that work with thousands of nodes rather than the dozens which is where Fabric has been focused. It doesn’t necessarily increase the performance or number of transactions per second but what you use this in very different use cases.”

What are those cases?

Behlendorf mentioned IoT and Fog Computing. Both of these see very large numbers of devices using the blockchain. With Bitcoin, the problem is that as it has scaled up the number of devices in the consensus mechanism the performance has imploded. This led, last year, to changes to the underlying block size used by Bitcoin to solve this issue.

There has been a discussion for some time as to whether blockchain can improve the security around IoT. If blockchain is to be part of that solution it needs to support hundreds and even thousands of IoT devices in lots of different blockchains. That creates a challenge with both scalability and interoperability between ledgers.

This is something that is currently underway at the moment inside the Hyperledger Foundation with its Quilt project. Expect to hear more about that and other interoperability solutions such as the ILP over the next few months.

What else is in Sawtooth?

These features draw on work from some of the other Hyperledger projects. For example. Burrow is a project around smart contracts. Behlendorf told ET that it was: “done with our desire to make sure we could work with the Etherium community. We thought the Smart contracts system used in Ethereum was pretty distinctive. Burrow launched and has been running for a while and has own simple consensus mechanism.”

Where this gets interesting is that according to Behlendorf: “Last year, developers from Sawtooth and Burrow decided to graft the two together to get the scalability and on-chain governance of Sawtooth and can use Ethereum’s smart contract model on top of that.”

There is an increasing amount of work to make blockchain fit for the enterprise. The challenge is how to get from the hype to the proof of concept and from there to production. Hyperledger Fabric has had a lot of success in this space but a wider enterprise solution set has to be more than just about the underlying database model.

Enter Sawtooth. The on-chain governance and use of smart contracts will meet a lot of the proof of concepts that are being discussed. There are already smart contract solutions built on Ethereum that are gaining attention. The Justice Protocol and Ark are two of those. For some very large projects on Hyperledger such as the recent Maersk and IBM approach to global trade, smart contracts are an essential element as is interoperability with Ethereum

There is a lot more to been done with Sawtooth but it already offers solutions to a number of issues around a wider enterprise blockchain use. It will be interesting when Fabric 1.1 releases to see how much of Sawtooth is brought across to that.