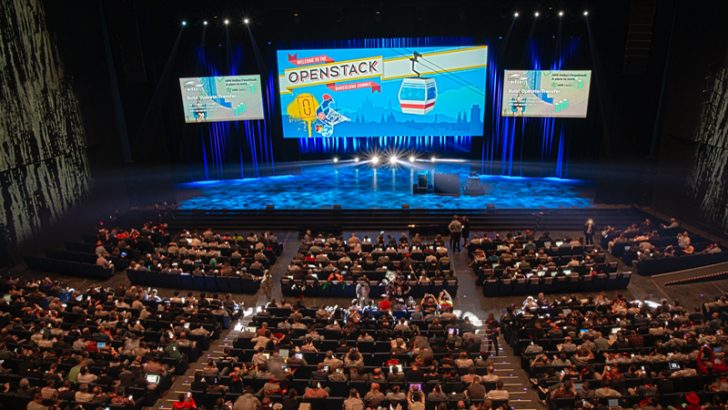 At the OpenStack Summit Barcelona delegates were told that OpenStack deployments were at an all time high. To be fair, anything else would have been a major setback for the open source cloud project. 71% of companies who had deployed OpenStack have reached full production. This is a big jump over September 2015 when just 59% of companies had moved into production.

This move to production is set to increase. 18% of respondents are currently in a test and development mode with their OpenStack projects. Many of these are expected to move to production within the next six months. The remaining 11% are still working through proof of concept. Based on the progression that has been seen in the past, it is likely that most of these will be in production by the end of 2017. This is good news for OpenStack as it continues to build momentum and tries to close the gap on Google and Amazon (AWS).

Which OpenStack projects are driving adoption?

There are currently 60 live OpenStack projects at the moment. There are some concerns that this is too many to effectively manage. A number of these have overlap with other projects. It will be interesting to see when the OpenStack Foundation begins to deprecate projects that have lost momentum or been overtaken. For now, those projects that deliver the core services are driving adoption,

The top six come as no surprise. They are Nova (Compute (98%)), Neutron (Networking (90%), Keystone (Identity Service (91%)), Glance (Image Service (91%)), Horizon (Dashboard (89%)) and Cinder (Block Storage (86%)). The numbers given relate to production. The percentage of companies in testing for each of these services is less than 3%. This is good news for everyone involved, the OpenStack Foundation, community members, IT vendors and customers. It means that the standardisation of OpenStack, at least at the core, is high. This means that companies looking to adopt OpenStack do not have to worry that choosing different vendors will impact their ability to deploy.

The gap between the top six and the rest is substantial. Heat (Orchestration (56%)) comes next. Despite attempts to push it further into organisations many of the cloud and Linux providers have competing solutions. There are a lot of issues with orchestration. The first is the ability to build one set of deployment scripts and then apply them to all OpenStack implementations.

IBM challenged other vendors to resolve the Interop issue at the OpenStack Summit in Austin, Texas. This has resulted in a number of OpenStack vendors working together to give customers deployment choice. There is still a lot of work to do here with some OpenStack companies like Oracle yet to take part in the Interop project.

The major challenge for orchestration is migration of OpenStack instances. At a recent Rackspace event in London the question was asked as to how long it takes to move customers between different OpenStack instances. The answer was an average of one week. This is not about data porting. It is about the challenge of service integration. As enterprises begin to code to individual vendors APIs, these problems will become larger.

Solving this problem won’t be simple. The only point of common agreement from vendors at the OpenStack Summit is that there is a need for an integration layer. The irony of this is that middleware on n-tier architectures was part of the problem of making them scale. There is another issue here that the courts are still to resolve. Oracle and Google are still locked in a legal battle over what can and cannot be copyrighted inside an API. To create a middleware tool that understands the difference between APIs it will need access to those APIs. Until then Orchestration may turn out to become OpenStack’s Achilles heel.

None of the emerging projects have reached a deployment level about 8%. This is a surprise. Some of the projects such as Trove (Database Service), Murano (Application Catalog) and Magnum (Containers Service) have a lot of supporters. Over 33% of those who responded to the survey said that they were very interested in these projects. However, there is still a lot work to do before they gain critical mass. Most of them are already under pressure from established solutions.

Magnum will have to prove it can overcome the momentum of Docker, Kubernetes and other container products in the market. These come with their own orchestration tools and can be deployed as a service. A similar challenge faces Murano. Cloud providers have invested in their own self-service catalogs. The OpenStack Foundation needs to convince them that Murano is a better choice and make it easy for them to migrate to it.

Trove may have an easier time. It is beginning to gain support from many of the open source database vendors. It will still have to compete with proprietary projects built by cloud providers but that should be manageable. The surprise is how slowly it is gaining traction in the community. The rate of deployment is just 4% with another 13% of OpenStack users still testing it. However, it is that support from the database vendors that is crucial and it would be a surprise if it didn’t see a much faster rate of adoption in 2017.

Being able to deploy to multiple OpenStack clouds is seen as a big cost advantage. Customers like the idea of deploying on-premises and using the same scripts to then deploy to multiple vendors. What is not clear is how many customers are really deploying the same cloud applications to multiple vendors. It is more likely that they are deploying workloads to different OpenStack providers based on things like cost and resource availability. This is reflected in the operational savings that OpenStack customers are making.

Lack of quality talent a drag on adoption

Attracting the right talent is more of a grey area. Talking to companies at the OpenStack Summit, Barcelona, it was clear they were hitting talent shortages. For those with the right skills and qualifications this is a good news. It means that gaining OpenStack certification and knowledge is worth the time and money. The challenge for enterprise users is that they are not only competing with each other but also with cloud providers. The latter have deep pockets. Their demand for cyber security staff has already pushed up salaries in that space. They are now beginning to have an impact on OpenStack.

The OpenStack Foundation is aware of the need to get more people into the job market. There has been a lot of investment into developing certifications. This is good news, but more is needed as exam places are oversubscribed. They are also in the process of building out new training for OpenStack to help those who want to teach themselves. How quickly they can increase the pool of available quality talent is unknown though. There is always the risk of devaluing a certification by making it too easy to get in order to resolve the supply and demand around talent. This is something that the  OpenStack Foundation is aware of and we will have to see how they handle it.

The continued uptake of OpenStack is good news for the open source cloud market. The fact that the majority of customers trying out the technology are already in production shows a high satisfaction with the product. It is not all good news. Questions are being asked over the number of projects the OpenStack Foundation is trying to support. This is something that should be sorted by the time the OpenStack Summit rolls into Boston.