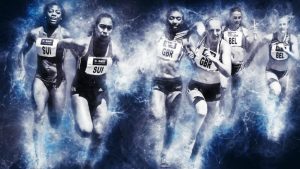 In a recent blog, Mandy Anger, Director of Product Development, Accelo, unveiled the updates from its latest development sprint. The update developing four areas of improvement: Reporting, Mobile Apps, Project plan exports and Custom Lists. Accelo is looking to build on these latest updates in the coming weeks with Anger writing, “We are continuing the work on Custom Lists to reach that parity + stage and to add value to the Accelo platform with timer enhancements, task prioritization, and more. “

Accelo has added Client division and Staff division filters to reports. This is the first iteration of this enhancement. It enables greater visibility into resourcing and productivity of client work management. With this release, the filter is only available to the first division that one is added to and are not available in any visuals. Anger expects future updates to improve functionality

Status progressions are now available with Tickets Custom List for users to view and update. Accelo will add the same functionality to more lists in future releases. If users have the relevant permission they are able to update the status and the custom list will refresh automatically after the update. This is just the latest of the features that Accelo previously announced and has now rolled out for its redesigned customs lists functionality.

Accelo has also added status progressions to the mobile app. Mobile users are now able to update the status of tickets from within the app. Initially available on Android, Accelo expects the iOS version to follow within a few days. To access the new feature users need to go to the View Ticket/Sales page where they can then update the status, assuming they have permission to do so.

Although the contact CSV import is rarely used, Accelo has improved the accuracy of the process. Accelo stores contact names within two fields, first name and last name. If the data imported only had full name, combining the first and last name it would not match against the data within Accelo and create duplicates. The latest release enables users to select what the data imported includes, supporting a match against the combined first + last name if the data imported combines the two. This massively reduces the number of duplicates that the user is faced with. What isn’t clear is how Accelo treats contacts with more than two names and how it splits these once imported into Accelo.

Projects often have blank weeks at the start and end of projects. Accelo can now automatically eliminate white space from the start and end of projects when viewed on the screen or in an exported PDF file. This simple UX improvement will help project planners. It reduces the number of clicks that they need to use to view relevant information on the screen and potentially reduces the number of pages required if printing out a PDF. It also means with less blank space the screen is easier to read when reviewing the project plan.

Another set of small improvements from Accelo that improves the usability of its solution. Like most cloud companies Accelo is delivering a constant cadence of improvements that customers can benefit from. What is impressive about Accelo is that it often signposts these updates ahead of time and then delivers them.