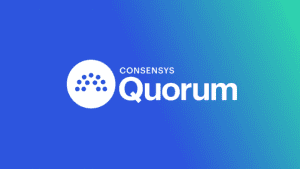 ConsenSys has acquired Quorum. The latter is an enterprise-variant of the Ethereum blockchain developed by JP Morgan. With the addition of Quorum, ConsenSys increases its range of products, services and support for Quorum as well as accelerating the availability of features. Such extended capabilities will include digital asset functionality and document management.

“The creation of Quorum was a first for J.P. Morgan, both in terms of developing its own blockchain protocol, and open sourcing software for the developer community,” said Umar Farooq, Global Head of Blockchain, J.P. Morgan. “We’re incredibly proud of the usage of Quorum over the past few years and are excited to have ConsenSys as a partner to take the vision forward.”

JP Morgan and ConsenSys have long been two of the leading organisations within Enterprise Ethereum. They have a history of collaboration:

Since the launch of Quorum in 2016, ConsenSys and JP Morgan have collaborated to make Ethereum the platform of choice for enterprises wishing to build secure and customisable business blockchain networks.

After the acquisition, ConsenSys says it will merge its existing protocol engineering roadmap with Quorum, to leverage the best elements of both codebases. All Enterprise Ethereum protocol technology at ConsenSys will operate under the ‘ConsenSys Quorum‘ brand. Developers will have the option to choose their underlying technology stack.

Quorum will remain open source. It will become interoperable with ConsenSys’ other leading blockchain products, such as Codefi’s finance and commerce application suite. J.P. Morgan will be a customer of ConsenSys’ advanced features and services deployed on Quorum.

“Even before the very first block on Ethereum was mined and ConsenSys was formed, we’ve collaborated with J.P. Morgan on Ethereum proofs of concept and production systems. We are enormously excited to onboard Quorum into the ConsenSys Enterprise Ethereum stack, and look forward to unifying our Hyperledger Besu-based Enterprise Ethereum client with Quorum, and supporting all of the Quorum installations globally. We look forward to continuing our multifaceted partnership with J.P. Morgan for many years and ushering in an era of enterprise and mainnet compatibility,” said Joseph Lubin, Founder and CEO of ConsenSys and Co-creator of Ethereum.

Rationalisation starts in the blockchain world. ConsenSys is already a leading Ethereum provider. The combination will enable developers, enterprises and people worldwide to:

Quorum adds to the existing Consensys product suite, already composed of Infura, Codefi, MetaMask and Diligence. Yet what is at least as important in the acquisition is that JP Morgan is committing to the platform. A measure of this is that the Bank is making an investment in ConsenSys to support the building of next-generation networks. The objective is to facilitate launching ever more powerful financial infrastructures.