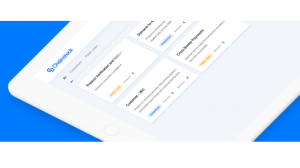 Chainstack is a managed blockchain services provider. It has published a report – The Enterprise Blockchain Protocols Evolution Index 2020 – examining the state and evolution of global developer activity related to enterprise blockchains over the last 5 years.

The primary conclusion: Corda and Hyperledger Fabric account for over 50% of all enterprise blockchain developer activity. “This is the first time that a time series analysis has been applied to comparing top protocols with any meaningful results – showing where the industry is heading now” said Laurent Dedenis, CEO at Chainstack.

Captured over the span of several months, the Report provides:

Among the key findings are:

The Report uses a specific methodology to investigate all developer activities of open-sourced, general-purpose blockchain protocols hosted on GitHub. It then traces events, accounting for over 28,500 unique contributing developers. As the probable underlying foundational infrastructure, the six identified platforms are likely to host most of next generation of applications by which enterprises – from across many industries – hope to leverage decentralisation’s benefits.

Yet, in 2019, Gartner cited the highly fragmented state of the blockchain platform market as a major source of confusion for IT decision makers. Too much choice, in Gartner’s view, hampered technology choices in blockchain projects, thereby hindering the technology’s adoption.

In effect, Chainbase sees developer activity as a proxy for, or reflection of:

This has relevance to enterprises. Using a protocols’ performance and longevity, enterprises can assess development data to evaluate the stability and maturity of each platforms before deciding on implementations.

By researching the previous lack of protocol developer-focused data in existing enterprise blockchain surveys, Chainstack hopes to offer enterprises, governments and developers the ability to make informed decisions before embarking on blockchain projects. By providing additional insight – into the technological maturity as well as support levels of each protocol – Chainstack seeks to overcome or bypass the concerns expressed by Gartner.

Furthermore, Chainstack says it will continue to track significant industry changes by:

When Enterprise Times read the Report, we had two reactions. The first is that the depth and usefulness, in its first iteration, is not as impressive as Chainstack would like to believe. The second is that the detail the Report does cover is like nothing else we have seen – and, therefore, still has value: the current Report carries more hints than real substance. We hope that the 2021 Report will improve. It will also be interesting to see if the next version picks up other platforms, for example Kadena or Multichain.