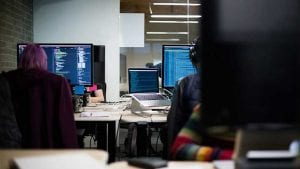 Entrust Datacard has launched Security Manager 10, the latest version of its private key infrastructure (PKI). The PKI platform can be deployed in the cloud and on-premises. As organisations struggle to secure their extended enterprise, Entrust claims Security Manager 10 will easily manage the digital keys and certificates to secure user, device, and application identities.

According to Jon Ferguson, Director of Product Management at Entrust Datacard: “Entrust Datacard has been continuously evolving our PKI platform for more than 25 years, and Security Manager 10 is the evolution of the core technology that has defined the PKI market since 1994.

“Today’s growing digital enterprise, banking and government organizations require a PKI platform that allows them to manage high-volume certificate issuance without the risk of downtime that could be damaging to their brand. Security Manager 10 provides the trusted infrastructure these organizations need to deliver on brand promises without sacrificing security.”

What is in Security Manager 10?

Entrust has listed three key capabilities in the latest version of its PKI platform. They are:

Entrust has also integrated Security Manager 10 with the Entrust Certificate Hub. It delivers a centralised certificate lifecycle management (CLM) solution. Organisations can discover and manage all certificates used in their organisation. Importantly, it means that when a cyber attack is in progress, administrators can revoke blocks of certificates to stop infected devices connecting to the network.

One area where this is important is IoT. Certificates are increasingly being deployed in Industrial IoT (IIoT) devices to help organisations secure them. Automotive is another area where the use of PKI to secure IoT in autonomous vehicles is being adopted. This integration between Certificate Hub and Security Manager 10 could see IT finally being able to manage every connected object throughout the enterprise.

Identity is one of those challenges that won’t go away, the more complex the environment, the bigger the challenge. Everything from employees to computers to IoT sensors now has an identity irrespective of where it comes from.

Entrust sees Security Manager 10 as the central hub for managing all this identity and, more importantly, being able to scale as required. That latter is an essential element in any PKI solution.

Take the automotive industry example where each vehicle will have tens if not hundreds of separate components. Each of these will require its own certificate. Scale that to hundreds of millions of vehicles and the number of certificates that have to be managed is vast. IIoT is no less complex with a single aircraft engine having hundreds of connected sensors and an aircraft thousands.

As the world goes digital, the ability to manage identity management at scale will be a critical component of any IT solution. Entrust is making its case for delivering that solution.