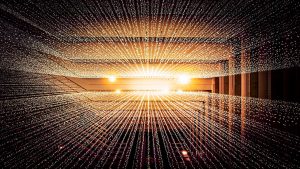 At the Spark+AI Summit, Europe, Enterprise Times sat with Ali Ghodsi, CEO and co-founder, Databricks to talk AI and big data. Ghodsi started as an AI researcher and took that knowledge and experience into Databricks when it was founded. It gives him an interesting perspective on the state of the, often overhyped, AI market. For example, Ghodsi says that one of the reasons for founding Databricks was to: “democratise artificial intelligence and bring it to the masses.”

One of the problems that AI faces is that it is not a new discipline, it’s been around for literally decades. Part of its failure has been the underlying computational power. Another has been the size of the data sets used. Despite the use of what was thought to be large datasets in the 70’s, AI didn’t work. Ghodsi told ET that this resulted in people thinking the problem was the algorithms.

The reality was that the real problem was not poor algorithms but simply a lack of data. Fast forward four decades and the massive data sets that businesses now possess. Combine those with the AI algorithms and boom! AI and machine learning are now delivering for an increasing number of organisations.

That said, there are a number of challenges that still need to overcome. One of those is skills. Ghodsi is not as downbeat here as many others. He sees a lot of potential coming through universities. While this isn’t yet the democratisation of AI that he set out to create with Databricks, it is getting closer.

To hear what else Ghodsi had to say, listen to the podcast.