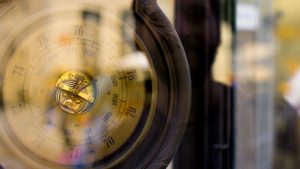 When Heroclitus wrote: “There is nothing permanent except change” he was not solely referring to the advances of technology. An affirmation of this is highlighted in some recent research by Kimble. It shows that company culture is evolving and the desires of work forces are changing with it.

The Kimble Boss Barometer report looks across the three regions Kimble mainly operates in: the US, the UK and the DACH region. It also has offices in Australia and perhaps next year it will carry out the survey there too. More than 1,000 employees were surveyed in the UK (in a survey conducted by Pollfish on 19th August 2019). The numbers from the other surveys are not immediately obvious, though may have been similar in scale.

There are some general trends that appear similar across all three regions, though there are differences. In general most employees want to work in a more collaborative environment. When asked “Are employees seeking a collaborative culture or one where the boss makes the most of the decisions:”

The remainder, equal to or less than 10% in all cases were unsure. Without further information it is hard to read into the discrepancy for the DACH region. If Kimble repeats this survey next year it will be very interesting to see if there is a trend in the figures.

Recent academic research has shown that micromanagement has a moderate to strong – negative impact on employee satisfaction. Furthermore the Kimble survey found that 69% of employees felt they could do their job as well or better without their bosses input. That figure rose to 88% in the US and 90% in Germany. However, that is not the whole truth as employees did want to be heard. This strengthens the findings that collaboration is better than a hierarchical structure. Most employees want to provide more input to their managers.

Employers need to improve their mechanism for doing this. With employees now more often working remotely and flexibly, technology may provide part of the answer. Kimble co-founder Mark Robinson commented: “We are moving away from a world where it is seen as the bosses job to tell people what to do. It is the boss’s job to provide clarity of mission and to remove obstacles to the team’s success.

”Divesting authority to those in the know will empower employees and enable greater development of a business. Companies that fail to adapt and ride with the times will ultimately fall behind the pace.”

There is a trend towards a desire for flatter organisational structure. However, employees still want to feel valued with more than half of respondents in the UK (56%) believing they do not receive enough credit. While it is clear that managers need to evolve in their role, providing more credit, listening and also providing better coaching, employees may also need to evolve. Around a third of workers in each of the reasons found it difficult to be honest with their bosses. What wasn’t pulled out from the data was why? If their bosses changed at what point would that trust increase.

Robinson commented: “British workers indicate their willingness to collaborate more whilst taking on greater leadership roles which are both key fundamentals to agile management. This approach would alleviate a lot of referenced employee challenges, and allow bosses to motivate, coach and train employees, all skills that are wanted in a boss.”

While Robinson spoke about the British worker, his comments could equally apply to the other regions.

The three reports make interesting reading. While there is some crossover between them some of the insights drawn are subtly different. Kimble does not highlight the solution to the problem is technology, but a more cultural shift.

However, a significant minority of workers do still want to work in a more hierarchical organisation. What isn’t clear is whether this is more down to inexperience of recently onboarded employees or older ones set in their ways.

To actually change companies will need not just to improve their management styles but also adopt new technology. Unrelated to the Kimble research, Attaran, Attaran and Kirkland found that companies need to embrace modern technology to enable better collaboration and engagement. They found that: “Effectively planned and implemented, the digital workplace provides more effective ways of working, increases productivity, and raises employee engagement.” They also found that organisations were not culturally ready for such change.

It is not just about changing technology, but also training people and adjusting organisations structures to better adopt new working practices. Despite writing around two and a half thousand years ago it seems as though Heroclitus was right. Companies need to carefully plan for changes to people, process and technology. In the end it is not just the boss that needs to evolve.

Latest News Steve Brooks - March 4, 2021 0
Cleo continues to target the logistics sector, and its partnership with CTSI-Global is a major example of this. A few weeks ago, it announced...