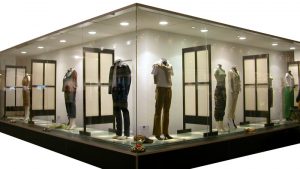 Fortude announced a new implementation accelerator at Inforum recently. Enterprise Times spoke to Bob McKee, SVP Americas at the event to talk about Fashion Retail-in-a-box and the state of Retail. McKee has a spent many years working with Retail brands and talks about the specific challenges that the industry faces.

He argues that organisations need to look forward and not feel constrained by the past. He cites the example of Zara and how it has proven time and again that it can disrupt markets at the local, national, regional and global level. McKee argues that at the core of its success is communication explaining how it has helped.

He talks about the trends in the industry. From smaller batches rather than chasing the cheapest product to near sourcing rather than off shore. McKee says that the options in supply chain are growing and there is more than one way to win.

He talks about where in the market Fashion Retail in a box fits. It is suitable for a small to medium organiser, and how it can scale from 3 to a couple of a hundred shops. However, it is also capable of scale far higher. McKee adds that Infor M3, on which it is based, can scale to organisations with thousands of stores.

Retail-in-a-box assists organisations to implement not just the Infor M3 ERP but also applications including PLM and Infor Nexus, and demand management. The solution is pre-configured as much as possible but this doesn’t mean that organisations cannot individualise their installations. McKee shares that the target is to create an implementation project that is deployed within four months.

He talks about the challenges faced by the industry today including political, legal, environmental and ethical. McKee believes that omnichannel is vital for the industry arguing that “separation of channels is foolish”. He gives a personal example where good customer service highlighted the many channels, does not mean omnichannel.

To hear what else McKee had to say, listen to the podcast.