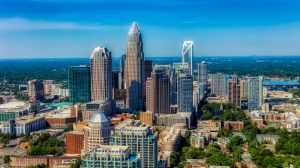 Charlotte-headquartered Bank of America has joined the Marco Polo Network, the large and growing trade finance network which leverages R3’s Corda distributed ledger technology. Its objective is to provide solutions which change the way its global trade participants do business.

The Bank of America dimension

Bank of America is one of the largest U.S. banks. As such it is a long-standing provider of trade and supply chain finance, with offices in:

It believes it is a leader in digital banking (it was the first major bank to introduce the Versateller ATMs which did more than dispense cash – for example by accepting deposits). It seeks to create innovations which leverage the bank’s annual $3B new technology initiative fund.

The Marco Polo Network operates as a distributed trade finance platform powered by blockchain technology. It offers its members access to risk mitigating solutions including for:

The Marco Polo initiative aims to make trade finance more transparent as well as smarter and better connected. Its ‘champion’s are the technology providers TradeIX and R3. By adopting a distributed platform model, Marco Polo seeks to eliminate the technical and business model limitations of conventional trade finance – while bringing benefits like:

The geographical spread of the members of the Marco Polo Network reveal:

hat is noticeable is the paucity of North American financial institutions. But, as Daniel Cotti, Managing Director, CoE, Banking & Trade for the Marco Polo Network, has said: “The Marco Polo Network is accelerating its presence in North America and we are very pleased to have one of the largest and most innovative trade finance banks in the world joining the Network. We look forward to working with Bank of America to address critical market challenges and to expand the Network’s reach and eco-system to a wider audience of Corporate Customers.”

Two aspects stick out about this announcement. The first, as also observed above, is how few U.S. (or Canadian) -based financial institutions are participating in Marco Polo. While some will argue that the U.S. has a relatively small part of GDP tied up in activities requiring trade finance, it is also an enormous importer and no mean exporter. Maybe the explanation is that U.S. financial institutions, rather than their business customers, lack the imagination which Bank of America is showing.

The second is that Marco Polo is accelerating its appeal. Only recently, Mastercard joined. Network effects may soon start to operate, even in trade finance.