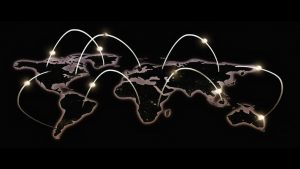 Infor has announced a new partner in Japan, Aŭtomatigo Inc and launched Infor Nexus. Founded in 1984 Aŭtomatigo Inc  provides a variety of technology services to business. The agreement was signed with Infor Japan K.K., the Japanese subsidiary of Infor. It will see it become an Infor Alliance partner specialising in Infor Nexus Commerce cloud. It is the first partner within Japan to be accredited as an Infor Nexus Partner.

Infor also announced that this sees the formal launch of the Infor Nexus commerce network in Japan. One of the “first” companies to deploy in Japan is Komatsu Ltd. Aŭtomatigo assisted Komatsu with the deployment in January 2019. Komatsu is now able to visualize the location and state of its OEM products across the shipping network that begain in its North American subsidiary.

Susumu Amano, president of Aŭtomatigo: commented: “Part of Aŭtomatigo’s mission is to contribute to sustainable growth via ICT (information and communications technology), and the Alliance Partner contract regarding Infor Nexus is positioned as an important factor in this respect. In the future, we hope to provide sustainable growth to our customers in Japan through cooperative measures with Infor Japan.”

Infor launched Infor Nexus last week at the “Change to Logistics 4.0” event. Helen Masters, President of Infor Japan presented how Infor Nexus can provide real time visibility of transactions within the supply chain network. Infor Nexus connects suppliers, manufacturers, 3PLs, banks, and related companies in the supply chain. It has more than 65,000 companies connected to it, trades over $1 trillion a year and has processed more than $50 billion in payments.

Masters commented: “Aŭtomatigo is a trusted partner sharing the same vision and customer focus as Infor. With its strengths in customer data management and BPO (business process outsourcing) in the Japanese market, this enhanced cooperation with Aŭtomatigo will drive logistics reform and business in Japan via Infor Nexus, an end-to-end business supply chain network, which affords digitalization and intelligence, enabling enterprises to be more responsive to the business, and to deliver with speed, flexibility and precision.”

Aŭtomatigo Inc is the first partner dedicated to the Infor Nexus Commerce Cloud. However, it is the seventieth partner in Japan for Infor once it is listed on the Infor Partner Search site. It is surprising that Infor has not launched the product before.

Infor Nexus already connects a large number of Japanese companies on the platform. These include the some of the largest Japanese shipping lines. For example Mitsui OSK Lines and Nippon Yusen, one of the largest and oldest shipping companies in the world. The addition of a channel partner specifically dedicated to onboarding more Japanese companies onto the Infor Nexus network is a positive move. It should help Infor to grow its presence in the region.

The combination of Infor Nexus and its other CloudSuite ERP products is a combination that other vendors rarely have. This announcement will enable Infor to connect up more companies that further strengthens the global network.