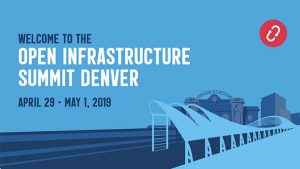 As the Open Infrastructure Summit, previously known as the OpenStack Summit, kicks off in Denver delegates were told: “Open source is not a marketing initiative, and it’s not a business model. It’s an innovation philosophy.” Those were the words of Jonathan Bryce, executive director, OpenStack Foundation. They underscored the whole first day of the conference from keynote to media/analyst briefing to conversations with vendors.

Unlike previous years where the focus was on OpenStack, its features and what use cases it enables, this year the emphasis is far wider. This is in line with what Bryce told everyone in Berlin last year at OpenStack Europe. The OpenStack Foundation has pumped new energy into its summit by widening the focus.

Customers are no longer looking at just the OpenStack OS. They are now building multi-cloud environments with a much wider range of use cases and demands. On the cloud side OpenStack will remain at the core but it is just the core. Containers, Edge Computing, AI & Machine Learning and CI/CD are all part of this Open Infrastructure market.

The OSF is busy looking at projects in a way it hasn’t for a few years now. It now has three confirmed projects; OpenStack, Kata Containers and Zuul. There are also two key pilot projects Airship and StarlingX.

It doesn’t stop there. Later this week 28 OpenStack project teams and 12 OpenStack SIGs or workgroups will meet at the Project Teams Gathering. They will be joined by the projects mentioned above and Rust-vmm. The goal is for all of these to work on where they are and, more importantly, to collaborate with each other.

That collaboration is at the heart of the success of the OSF. By bringing all of these project teams together, it expects to see new integrations. There is also the possibility of new projects being born as these groups interact and work together.

At the summit itself there are other moves to show that widening of scope and, more importantly, how the OSF sees the wider Open Source movement coming together. Over 30 non OSF open source projects are presenting in keynotes and in breakout sessions. Why? Because as Bryce says: “Open collaboration is a powerful force for driving technology to change our lives and our world.”

A good neighbour works with you not against you

Collaboration was a central theme in Bryce’s keynote and not just between OSF projects. He listed seven ways that OSF projects are working with other open source projects. This includes:

Bryce also introduced a new project, OpenDev. It’s goal is to provide a collaborative workspace for open source software projects. Bryce believes that if open source is to flourish it needs open tools that can be used to build the next generation of software. This is not a new idea. There are many open source tools around so the key here will be in how Bryce and the OSF bring this together to create a new community.

One hint is in the statement from Bryce that: “Open source tooling run as services ‘The OpenStack way.'” Is OpenDev going to become another PaaS environment? We already have Cloud Foundry and OpenShift in play along with a number of smaller options. Does the community really need another PaaS?

This is not the only challenge. Ask anyone in the cyber security community and they will tell you about all the Open Source Intelligence (OSInt) tools around. Then ask how well they work together or how integrated they are and people become far less vocal.

However, the success that Bryce and the other OSF founders have had to date suggests that they can overcome this issue. Perhaps they really can make collaboration a core underpinning of the new open source software world.

There is a lot to take apart from the Open Infrastructure Summit keynote. 5G, Zuul, Kata Containers, Intel suggesting we need to go further with open and many other topics were discussed. However, it will be the vision of Bryce and his peers that will have the biggest impact in the long term. There is plenty of room for a misstep here but that is where Bryce is looking to the community to prevent that. Will it work? Let’s wait and see how the OSF moves all this forward.