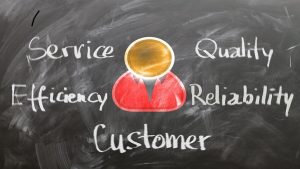 The UK’s top e-retailers are seriously jeopardising sales by not prioritising online customer experience, according to an industry index report. The research, carried out by ecommerce and digital agency Visualsoft, forms part of the company’s second annual e-retail performance report. It analysed 250 of the leading UK e-retail companies across a range of sectors. The research found failings across a number of website performance metrics, which could have a detrimental effect on profits.

The research team tested and analysed each website against 17 criteria, making direct comparisons between the findings this year compared to the results from November 2017.

Some of the criteria included:

The aim was to identify what progress UK e-retailers have made to maximise their true growth potential in the past 12 months – and if they have made any at all.

Almost one in five (19%) retailers fail to optimise their onsite search with functions such as autocomplete, well-targeted product suggestions or relevant recommendations. Including these features can double a store’s conversion levels, highlighting a clear missed opportunity.

Moreover, only 37% of retailers make use of live chat or virtual assistant services – a figure which has dropped by 2% in the past 12 months. Studies show that this “humanising” aspect of an online brand, in which customers can receive an instant response to their queries – can boost conversion rates by as much as 40%.

More than a third (35%) of online shopping basket abandonment is due to customers being asked to create a customer account prior to purchase. However, 67% of retailers analysed forced shoppers to follow this step. This extra hurdle alone could be costing retailers dearly in missed sales.

Lastly, retailers also performed poorly in terms of ease of purchase. The analysis found that more than one in 10 e-retailers have eight or more steps before purchase – a figure which is likely to deter many customers from spending. 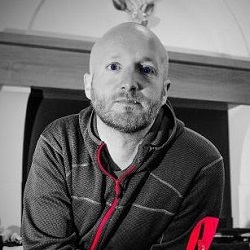 According to Dean Benson, Visualsoft’s CEO, “Great customer service is a key facet of bricks-and-mortar retail. However, online stores must also ensure that their site provides an enjoyable and simple buying process, with easy access to help should they need it. Not only does this engender brand loyalty (as consumers are more likely to come back to a site that they found simple to use), it also increases sales.”

The importance of speed

Research shows that 47% of online customers will expect a site to load in less than two seconds; an indication of consumer expectations now and in the future.

Despite this, we found that page speed has worsened across the board since we compiled last year’s report. Almost two-thirds (62%) of retailers’ websites rated as ‘poor’ – taking longer than nine seconds to load on 3G.

This was in comparison to 54% of retailers that rated as poor in 2017.

Sarah Louise Taylor, Head of Platform at Visualsoft suggests, “Decreased page speeds are often the result of increased graphics and features that simply haven’t been optimised for mobile. This leads to poor user experiences for the millions of customers that prefer to shop via their smartphones. The usual culprits are oversized images and/or videos on mobile homepages. Unnecessary animations, overzealous tracking code, prematurely-loading content, and superfluous image carousels.”

Keeping up with social Media

Enterprise Times: What this means for Business?

The death of the high street has dominated the headlines in the national press and mainstream media discussions. Recently ASOS stunned the world of finance with news of a profit slump that proves that online brands are not immune from the difficult climate facing retail.

It’s clear that the UK’s top retailers have their work cut out to stay ahead of the game and that optimising website performance is of business-critical importance.

Visualsoft’s report highlight a general picture of complacency within the biggest names in the sector when it comes to maximising online retail opportunities. The report indicates that, whilst some small improvements have been made, many performance metrics have stagnated. Some worsened significantly for the online customer.