Enterprise Times
Home Blogs Is Juniper back on top with its approach to solving complexity and...
Facebook
Twitter
WhatsApp
Linkedin
Email 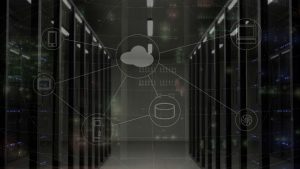 At Juniper Network’s NXTWORK conference (held in London in late November), CEO Rami Rahim went all in for simplicity. As he put it the objective should be ‘to make networking better’ (rather than ‘making networks work better’).

This is both bold and challenging, especially for a company like Juniper which has found itself, by its own admission, falling behind its competition (CISCO, et al) in recent years. One example it gave was its miss on 100Gb networking though it claimed that 2019 would see it recover its mojo with the arrival of next generation 400Gb product. The lack of competitive offerings has meant Juniper losing out with the mega cloud players and having to focus on less leading-edge participants (though there are plenty more of these to sell to).

A different example, though not quoted, has been Juniper’s inability to make a major impression on the mobile arena. Some years back it looked as if it would be a significant contributor. Today such ambitions, at least as evidenced at NXTWORK, have disappeared as it refocuses on fundamentals.

All in on the multi cloud imperative

Throughout NXTWORK, Juniper talked of multi cloud. Wikipedia describes multi cloud as “the use of multiple cloud computing and storage services in a single heterogeneous architecture.” This … also refers to the distribution of cloud assets, software, applications, etc. across several cloud-hosting environments.

With a typical multi-cloud architecture utilizing two or more public clouds as well as multiple private clouds, a multi-cloud environment aims to eliminate the reliance on any single cloud provider. It differs from hybrid cloud in that it refers to multiple cloud services rather than multiple deployment modes (public, private, on-premises). Also, in a multi-cloud environment, synchronization between different vendors is not essential to complete a computation process, unlike parallel computing or distributed computing environments.

For Juniper, multi-cloud is its next opportunity of destiny. The implication was that if it can participate in a major way, then it has an assured future. (The corollary, ‘missing out on multi-cloud’, was not discussed.)  For Juniper multi cloud moves beyond networking and embraces both computing and storage. It explains its new partnership with Nutanix.

The importance of the Nutanix relationship

To understand the importance of its multi cloud relationship with Nutanix requires an understanding of which company contributes what. Built around Nutanix’s Enterprise Cloud, there will be an integration of the Juniper QFX line of switches plus Contrail Enterprise Multicloud will provide network visibility and analytics for virtualised workloads. By simplifying and automating network connectivity and management, Nutanix and Juniper hope to deliver a scalable fabric for distributed enterprise cloud architectures. In addition, integration of Juniper’s Contrail Enterprise Multicloud with Nutanix’s Prism and AHV should:

In essence, the key, for Juniper, to making multi cloud a viable solution for enterprises lies in enabling workload placement diversity with simplicity of operation. Enterprises don’t want to have to introduce different operating models for different hosting environments: the resulting complexity cripples (and would dilute many cloud benefits).

By offering Nutanix’s Prism and Juniper’s Contrail Enterprise Multicloud the two businesses wish enterprises to be able to:

The challenge here, as Juniper was quite open about, is delivering simplicity. By necessity its target has to be complexity – for enduring complexity is what could well cause multi cloud to fail.

Enough for a return to the competitive limelight?

NXTWORK was an interesting study of a company once known as a leader which shook the established redoubts of the likes of CISCO. Crucially, Juniper’s objectives are worthy. The attraction for systems integrators and enterprises are clear.

Yet, in being so clear – that simplicity must win out, that ‘networking must be better’ (and not just work better) – is Juniper building a rod for its own back? It will be all too easy to judge whether it is meeting its objectives.

That said, it is probable that there is little other choice if Juniper is to return to the boldness of its past. More to the point, bold moves will be required to differentiate from competitors facing the same fundamental challenge. Complexity stalls progress, as well as costing a fortune. One case in point: 5G. Many talk. But when will it arrive? Juniper does not expect substantial revenue contributions from 5G until well into the 2020s.