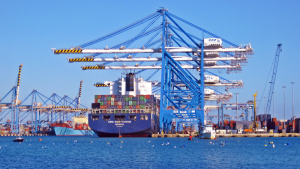 In 2018 there were many supply chain/blockchain, though less trade finance/blockchain developments, with multiple initiatives and/or roll outs. Both merit attention in 2019 and there are more than enough possibilities to keep most enterprises busy throughout the year.

Possibly the most striking was the fanfare surrounding TradeLens, a joint development by IBM and shipping giant AP Moller – Maersk. On announcement it had some 90+ signed-up adherents.

Yet, within weeks, Coindesk (October 26th) reported that TradeLens was having difficulty attracting the levels of support needed to make it (TradeLens) attractive to end parties. For Coindesk, it was suspicion – originating especially from non-Maersk carriers – which threatened to suffocate TradeLens at birth. It (Coindesk) quoted Marvin Erdly, head of TradeLens at IBM Blockchain, acknowledging: “I won’t mince words here – we do need to get the other carriers on the platform. Without that network, we don’t have a product. That is the reality of the situation.” 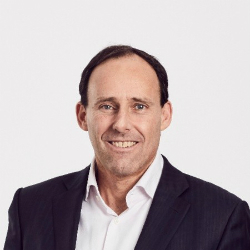 The past year has not seen as many trade finance initiatives as in 2017. That does not mean there were none. Examples covered by Enterprise Times included:

What is not clear is whether there is a genuine slow down in blockchain and trade finance and blockchain innovation or whether quiet means a steady quiet adoption by customers. What remains clear, in contrast, is that trade finance is a profit source which financial institutions are loath to let outsiders disrupt.

In that context, 2019 may turn out to be the year when the financial sector has to decide whether, or not, to pursue the trade finance/blockchain combination. The initiatives to watch are those which went public in 2017 (like Batavia, Mitzuho, Commerzbank/Frauenhofer, SEB and others).

One of the puzzles, however, about supply chain and even trade finance using blockchain remains the resistance by those one would have thought might be natural adopters and proponents. In 2018 those logical proponents have remained largely silent.

Who are these? The ERP vendors – like SAP, Oracle, Sage, etc – and, to a lesser extent, the digital procurement marketplaces like (SAP Ariba, Infor GT Nexus, TradeShift, InstaSupply, etc.. To outsiders, adding supply chain/blockchain services would extend these vendors revenues and bind customers ever closer. The same can be argued for trade finance, with traditional banks being potentially the largest losers (as the trade finance incumbents).

This did not occur in 2018. Most hedged or would not talk openly about blockchain plans. Maybe this will change in 2019. For enterprises the supply chain/blockchain combo is an area to monitor closely as are the trade finance offerings from financial institutions.