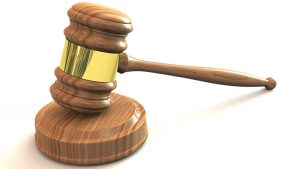 Both Oracle and Rimini Street have claimed a victory following the ruling by the United States Court of Appeals for the Ninth Circuit. The case is the latest episode in the long running court case between the two companies which culminated in a trial in 2015.

The Oracle statement was terse. Deborah Hellinger, Vice President, Corporate Communications, Oracle had this to say on the verdict.

“We are pleased that the Court of Appeals affirmed the judgment on Rimini Street’s infringement of all 93 of Oracle’s copyrights in this case. Copyright infringement is at the core of Oracle’s dispute with Rimini, and Court of Appeals affirmed all of the trial court’s and the jury’s findings that Rimini blatantly violated copyright law. We look forward to the trial court issuing a permanent injunction against Rimini for its egregious and illegal conduct.”

“Today, the Court of Appeals reversed certain awards made in Oracle’s favor during and after our 2015 trial, and vacated others, including an injunction that had already been stayed by the appellate court. Rimini Street should eventually receive a refund of up to nearly $50 million of the judgment previously paid by Rimini Street to Oracle.‎

“The appellate court also overturned all awards and judgments against Rimini Street’s CEO, Seth A. Ravin.

“The Court of Appeals, while affirming the jury’s finding of ‘innocent’ copyright infringement for processes that Rimini Street claims are no longer in use since at least July 2014, stated that Rimini Street ‘provided third-party support for Oracle’s enterprise software, in lawful competition with Oracle’s direct maintenance services.’

“Rimini Street will continue to prosecute its pending claims against Oracle for, amongst other claims, what Rimini Street believes are illegal anticompetitive practices.”

So where are we now?

The full opinion publication from the court runs to 34 pages. It goes into detail about which arguments were upheld and which overturned. The initial statement reveals a more balanced viewpoint of the outcome.

“The panel affirmed in part, reversed in part, and vacated in part the district court’s judgment after a jury trial in favor of Oracle USA, Inc.,on its copyright infringement and California and Nevada state law claims against Rimini Street, Inc.,a provider of third-party support for Oracle’s enterprise software, and Seth Ravin, Rimini’s CEO.”

Hellinger’s comment that the copyright ruling was upheld was confirmed. However, the appeals court reversed the decision on claims under the state computer laws and the UCL. Costs were also rebalanced in part due to the changes in the ruling, but also in one case due to an error in the original court ruling.

Importantly the appeals court also reversed the District Court decision that Rimini Street violated California’s Unfair Competition Law. This might infer that the continuing legal action by Rimini Street against Oracle for illegal anticompetitive practices have merit. However, there were also some rulings that could influence the future case.

For Seth Ravin this is more of a victory. The original rulings relating to him and the costs for legal fees were overturned. This may bring to an end the saga for him as an individual.

This certainly draws a line under some of the outstanding cases brought by Oracle but the saga is not unfortunately over. The remaining court case has a wider impact on third party maintenance than the ruling by the appeal court this week.

Whether Oracle will get the permanent injunction against Rimini Street seems less likely now. The company is now public, has bigger backers and it will certainly take longer. Whatever happens this is likely to run and run until the two companies reach an agreement. Both Rimini Street and Oracle shares were largely unaffected by the news to date. For Oracle it draws a line under the key issue around copyright and vindicates at least in part its determination to bring this case to trial.