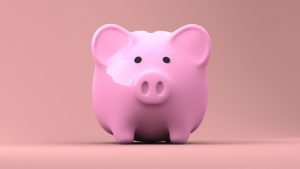 In 2017 the Bitcoin and ICOs charge took Bitcoins from a valuation of US$952 and a market capitalisation of US$15 billion to a high point, on December 17th of US$19,939 and US$334 billion respectively.

Such gyrations are not good for market stability or for credibility. Implicitly they represent three probabilities (which can self-reinforce), that:

If this is true for Bitcoins it is also true for ICOs. If anything ICOs are far riskier.

What bitcoins and ICOs represent is much argued about, with justice. Aswath Damodaran, Profossor of Finance at the Stern School of Business, New York University, has different aspects to each of these that he inclines to collectible.

However, with the arrival of CBoE and CME indexed trading (for Bitcoin) the position changes a little. Arguably, these intoduce more liquidity and opportunities to trade without having to own Bitcoins (this does not yet apply to ICOs in general). Yet, one should not forget that the COoE and CME contracts are against indexes, not substance. One could say that ‘investing’ here is like betting on the bookie at the horse races, not the horse.

Mohamed El-Erian, for Bloomberg Opinion offers the view that the (Bitcoin) market is at a crucial juncture in the waning days of 2017. “… After bitcoin experienced one of the biggest roller-coaster weeks in its young history, the most important question facing it is whether the recent price correction will prove to be what market participants refer to as “healthy” — specifically, one that serves to shake out excessive irrational exuberance, provides for the entry of institutional investors, encourages the development of market-deepening products, and widens and balances out the investor base and the product offering.

“Were this to occur, it would help bitcoin — as well as its growing universe of cryptocurrency peers — develop deeper structural roots, reduce the probability of a heavy-handed regulatory response, and lower the threat of a price crash. Absent this, not even the deep commitment of true believers will be enough to protect individual retail investors who would end up experiencing a price appreciation and collapse that would rival even the biggest investment bubbles in history.”

2018 might see the ‘stabilisation’ of Bitcoins and ICOs into a credible marketplace. Many hope it will happen.

Enterprise Times is not so sanguine. Bitcoins and ICOs feel like bubbles. In 2018 we will keep a wary eye on them and prefer to focus on blockchain, distributed ledger technology (DLT) and the Interledger Protocol (ILP) as means to transform enterprises.