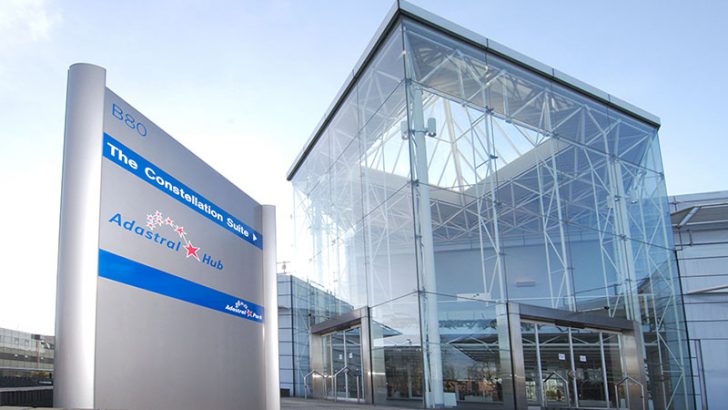 Adastral Park in Suffolk is home to BT’s brains trust. The site is home to 3,000 BT staff and 700 partners. It also houses Innovation Martlesham, a high-tech cluster where 96 companies, including start-ups, are housed. The “brains trust” claim sits well with staff at Adastral Park. The bulk of BT’s £2.6 billion in research went on projects there and BT, the 3rd largest R&D investor in the UK, filed 97 patents last year. In fact, crunch the numbers and based on staff numbers and R&D budget, BT is inventing at the same rate as technology giant IBM.

Recently Enterprise Times spent a day at Adastral Park talking with BT’s Defence Division about research and current projects. There were some interesting products which we will look at in separate articles over the next few weeks. Before the briefings and product demonstrations started, Enterprise Times sat down with Kevin Woollard, Operations Director BT Research & Innovation and Adastral Park. You can listen to that interview with Woollard here.

One of the challenges for the BT Defence Division is match MoD requirements to its spending. Defence budgets are a shambles. Money is available for grand projects but not for delivering systems to the troops on the ground, at sea or in the air. The old days of throwing multiple projects together in the hope that one would succeed are long gone.

What does this mean for BT? It’s an interesting question and one the BT team were asked. Their response was that every project for the MoD must now have a commercial application. This is a significant restraint on some of the more esoteric and long term R&D that BT and other defence contractors have been used to. There is some rationale to this. Many of those long term projects result in little of real value. Those that did come to market were sometimes overtaken by commercially available alternatives.

This change of focus for BT is interesting. A new system for command and control of military forces is being deployed to the police services. A drone project to deliver communications is being targeted at emergency services, rescue teams and even event organisers. A project to improve the health of military veterans and protect their personal data is being sold to the NHS for a wider audience.

Even communication network solutions have a civilian counterpart. There is a plan to create a very lightweight NFV stack. Most military communications are over ruggedised. That adds weight and makes them unwieldy to carry. BT wants to collapse an entire NFV stack into a small device that could be carried by service personnel. The question is one of power and that is where a lot of work is taking place.

Body worn cameras show commercial gets there before military

The move towards body worn cameras for the military and police forces is still taking place. Both come a long way after the growth of similar technology for outdoor and extreme sports. What is happening now is that the research is going on around how to make the data gathered forensically acceptable and secure. This is being solved and again is drawing on technologies used in civilian devices.

The MoD is learning fast from commercial projects. It wants Internet of Things, reliable and secure solutions and most of all, information superiority. To do that it has to move away from custom build to off the shelf starting points. This is a challenge for the MoD. They reason that if their solutions are not custom made then the enemy could quickly match their capability and even surpass it.

It faces a future where defence budgets are being reduced while existing funds are being haemorrhaged through cost overrun on major projects. This is seriously weakening its bargaining case with prospective suppliers. It is also spending a lot more money on collaborative projects with other governments and their defence contractors.

This has forced traditional suppliers like BT to change their approach. Projects are rarely defence first anymore. Instead there is a defence element which is matched or even exceeded by a commercial element. This is the only way that defence projects are effectively funded. The question now is will that enable the UK Armed Forces to keep up in the technology stakes?