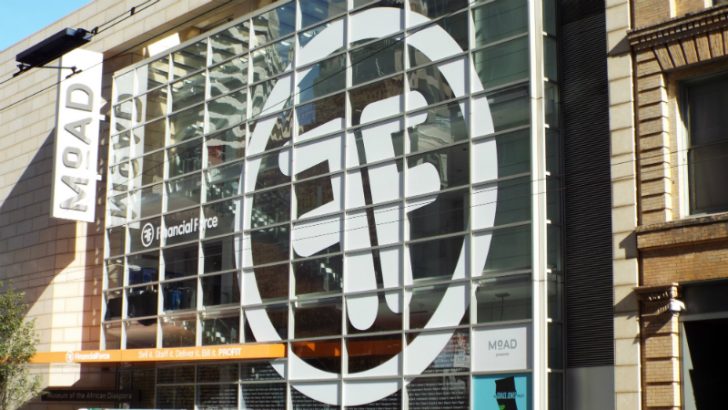 Jeremy Roche is the President and CEO of FinancialForce.com and a member of the Managing Board of UNIT4 NV. UNIT4 and Salesforce.com helped set up FinancialForce.com in 2009. Roche has more than 20 years of experience in building and leading both public and private technology companies.

Roche: My father, because he always worked hard to achieve what he felt he could achieve. I learned at an early age that if I did the same I would probably be able to do the same that he did.

Roche: It’s very collaborative, I believe, and very inclusive. I don’t believe in command and control leadership. I believe that when we’re going over the top from the trenches we’re all going to go together and we’re going to believe in what we’re doing when we go.

Roche: I think we are starting to see the emergence of things like artificial intelligence and the Internet of Things.

Fundamentally I still think that we’ve got a way to go, not in the Apps per se, but in the way people perceive their implementation. Also how they perceive the way they run their businesses. We can focus whole organisations on their customers now.

We’ve taken this concept of bringing the back office closer to the front office and making them both customer facing. I still think there are businesses that live in the old fragmented way where the back office was behind the door. We’ve got some way to convince everyone that that’s not the way of the future.

Roche: Our entire business is run in the cloud. Primarily our business is run on Salesforce and Google.  We were international on day one. There were 25 of us and we were running in three locations between the UK and the US. So the technology that we built on allowed us to run our own business right out of the gate as a very lightweight, agile organisation. We can set up an office with one piece of hardware, and that’s currently a CISCO router, not much bigger than my phone. That allows us to be hugely agile in the way we think about our expansion, our growth and where we want to be geographically.

Roche: We haven’t had one yet, but I fully expect there will be one before we’ve finished.

ET:          What are the key challenges currently faced by your industry?

Roche: The technology industry is in such a phase of growth. We are right at the leading edge so there are only so many people, even within the technology industry, that have touched on subscription businesses. How many have actually done cloud who aren’t already running another start-up? It’s not IT skills generally, it’s IT skills in those areas that we’re all trying to grow businesses in.

Roche: We are on a strong growth trajectory. The challenge is holding the organisation together, holding its character and holding the engagement of all the individuals in FinancialForce. As you grow everyone starts to feel a bit more remote from the organisation. I believe that, for as long as we can, we need to hold those bonds that keep us all together. We’re trying to do it across countries, and within countries across geographic areas now.

Normally, my challenge is time-zones and the ability to be in more than one place at a time.

If somebody could invent me a time-machine or a way of travelling at the speed of light.

We have the robot. It’s like a mobile teleconferencing thing made out of an iPad on a Segway. I can drive that around the office. It’s a bit whacky.

Roche: One of the key challenges is to carry on maintaining our growth rate, whilst expanding geographically and internationally. We’ve got to get the right people, make sure all the products are right and make sure our go to market model works, especially if we test it internationally.

Roche: We are definitely going to start the move into mainland Europe now. I don’t know exactly when yet, but I know we’re going to do that. We’ve got a long way to go in North America and the UK, but we are now starting to see demand internationally from mainland Europe that we need to address properly. As you know, there’s only so far you can go dropping people in from the UK before people will want to speak to a local.

Roche: It was before FinancialForce. I was a quota carrying Account Executive. Within 48 hours I lost every single opportunity I was working on and I still had a big quota to do for the year. I would say that’s my darkest day. I had nothing left, a big quota to achieve, I was behind other peers and I didn’t like that either.

Roche: From a business perspective, I would say that my proudest moment was the day that we launched FinancialForce, 30 September 2009. Simply because it was a project some time in the making and I was proud of it because we’d managed to get it to that point. We had this clean sheet of paper, and we were responsible for making the business that it was going to be going forward.

Roche: Never forget where you came from. Just because you’re a CEO doesn’t mean you can behave differently from the person that you really are.

Roche: My advice would be that you need to talk to a lot of people. I would say the funds are almost secondary to the people you’ll be dealing with going forward and the value that they’ll bring. I’ve talked to a lot of people who would give FinancialForce money but money is a commodity. My short-list was always made up of people that I felt I could go to for advice, or who would offer me a perspective that I didn’t necessarily have. Not just somebody with a cheque or a wad of cash that they were prepared to invest. I’ve talked to other CEOs and most people say the same thing. Find people who will become your trusted advisors.

Roche: My favourite business book is called The Goal, by Eliyahu Goldratt. It’s actually quite an old business book. I make everyone on my management team read it. It’s from the process manufacturing and early computerisation days. It’s a business book written as a novel but it teaches you to think about the fact that running a business is really a whole series of processes that have to work in conjunction with each other.

In our context, if your sales run ahead of your ability of your consultants and partners to implement, then you get stuck because you’ve sold more than you can deliver and your customers aren’t happy. If you build up too much implementation resource ahead of your sales, you’ve got people sitting around on the bench. So it teaches you that business is like balancing a seesaw all the time. Something’s always going to be slightly out of balance, but you’ve got to go looking for it and that makes business smooth and streamlined.

ET:          How do you prioritise day-to-day work against the strategic stuff?

Roche: Some days I do it better than others is the honest answer. When you’ve got the pinch of quarter end and year end it’s not a great time to try and set yourself strategy time because you’re not going to focus because something’s going to distract you. I like to take time and block it out for strategic stuff.

For example, once a quarter with my executive team we will go and lock ourselves away for a couple of days somewhere away from the offices. We’ll go through our strategic goals and where we’re up to and how we’re performing against them. Then we’ll try and balance that against the tactical stuff. It’s hard to do the strategic bit if you’re online, in the office and available, which I like to be. In order to actually have thinking time, sometimes you have to go somewhere else.

ET:          How do you keep believing in your vision when the odds are stacked against you?

Roche: Well I don’t think the odds are stacked against me so that’s probably why I keep believing in the vision. I believe there are huge challenges in everything that we do. We get challenges every day and actually part of what makes the business interesting, is dealing with the challenges. I do think we have odds stacked in our favour and I actually worry more about messing up on that basis.

Roche: Yes. I would classify myself a lot of the time as a realist, but I am an optimist, but I’m not a blind optimist I don’t think.

Roche: I would like to know the secret of scaling probably two or three levels above where we are now. How can I keep this organisation, something that I feel as attached to, when we hit a billion dollars, rather than the hundred million we’ll shortly hit? How can we keep it so it’s an organisation that I’m still as engaged with at those levels? I talk to people who wish it was something that it was in the past, which it will never be.

Roche: No. I can tell you what I’m doing to try and make sure it happens. That’s by engaging the team here as it has grown and making sure that it feels responsible for the culture that we create. The way we continue to respect each other, our customers and our partners. What I can’t tell you is when we’re ten times bigger will I still be able to do the same thing? And how will we have to evolve as an organisation as we go through that?