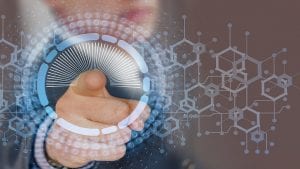 Shopify announced at the Unite 2021 event, its largest set of platform updates in its history. The company already one of the largest entities in commerce on the internet. In 2020, 450 million people checked out on Shopify, and processed nearly $120 billion in Gross Merchandise Volume (GMV). As the world’s commerce platform, Shopify needs to innovate. To give entrepreneurs endless possibilities to creatively present their brands and grow their businesses. The company says developers and merchants have more potential to create experiences that define the future of commerce on the internet.

“The internet is the world’s largest city, and Shopify is building its commerce infrastructure,” said Tobias Lutke, CEO of Shopify. “Especially over the past year, we saw independent businesses succeed by showing up creatively and uniquely in this city. The future of commerce on the internet relies on creative expression at every touchpoint. Together with developers, we are building the infrastructure to make this possible.”

A snapshot of Shopify announcement at Unite 2021 included.

The future of commerce will be when retailers understand customers needs and provide them with content in the right context. Shopify is attempting to rejuvenate its internet’s commerce infrastructure like never before. From Storefronts and Checkout to the Theme Store and partner ecosystem, the company has added new functionalities. These enhancements are expected to deliver more personalised customer experiences.

Shopify says its platform investments provides retailers and online merchants with the creative tools to understand and support customer experience. The company is also calling on developers to help build that future together. Shopify is not just betting on a world full of merchants, but on a world full of developers and technical entrepreneurs. The company’s infrastructure updates give developers and merchants even more tools to create, customise, scale, and monetise on Shopify. In theory, this should position the company to reap the expected benefits of the growing spend in digital. However, increasingly businesses are attracted to low code configurations that require no developer or technical expertise. Could such a trend could derail Shopify’s ambitions? Only time will tell.