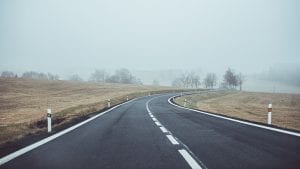 You probably have seen some documents where there are rather elegant long hyphens, you know the little horizontal bar that floats half way up the height of a character. You can get this in Microsoft Word too. Call them what you like either long hyphens or long dashes. The result is the same.

What is a hyphen as explained by Wikipedia –

What is a Hyphen according to the Oxford Dictionary –

Dash according to the Oxford Dictionary –

A single hyphen is this long –

But a double is this long —

So how do I get that?

When you need a long hyphen type the word followed by one space then two hyphens and then either press a space followed by a new word, or the enter key to start a new paragraph.

As soon as you finish typing the second word finishing with a space the two hyphens you typed between the two words, changes to a long hyphen.

If you type three hyphens

Nothing happens, you just get three hyphens in a row. Maybe in a future upgrade to Word we might get longer and longer hyphens.

When you use the negative on your number key pad, you get the exact same look.

Another way to get a long hyphen

This one produces a hyphen with no space between it and the letters.

Space or no space matters!

Which you use is up to you.

Create a Shortcut key for the strikethrough effect in Word

All things Page Break in Word

A tip for someone starting in sales

How do you go about building a high performing sales team?

3 things your non-exec board members should bring