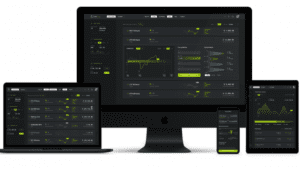 Vaibhav Kadikar, Founder and CEO of CloseCross said: “Being licensed under MIFID regulation is a major milestone in the development of CloseCross and a crucial part of our commitment to traders on keeping trading simple and transparent. This is the first time anyone has been able to marry the best of both worlds by giving traders a non-custodial derivatives solution while still complying with one of the highest regulatory regimes.”

The CloseCross approach and platform

The company, with offices in London and Malta, has developed and patented what it believes is a unique multiparty derivatives trading platform. The attraction is that traders can enter derivative contracts without the need for major banks to issue derivatives or take on leverage. Instead of traders taking on leverage against a single party, at CloseCross traders:

This means traders will have an opportunity to generate strong potential returns without taking on any leverage whatsoever.

In addition, investors will be able to forecast market movements on a wide range of asset classes via an interface that enables users to predict simple or complicated movements such as:

Charges will only apply if investors make a correct forecast. Those who get their forecast wrong will lose what they have invested but will not incur any fees. There are no minimum investment levels for traders, making the derivatives market more accessible.

Joseph Portelli, Director at CloseCross added: “CloseCross has become the first MIFID regulated platforms utilising smart contracts and blockchain technology.  We are very excited by the prospects of becoming a trailblazer in the Fintech space and affording traders an opportunity to safely and cost-effectively participate in the financial derivatives markets.”

Features on the platform will include CloseCross Crowd Wisdom providing real-time data on the views and investments of other traders.

CloseCross believes traders will win with improved accuracy and timing – because of its proprietary algorithms used for automated and transparent risk/reward distributions between traders. Instead of relying on the dark pools of centralised derivative issuers, CloseCross uses the pooled funds from the traders themselves for the pay-outs on the derivative contracts.

To Enterprise Times, what is more significant is that obtaining of a MFID licence for a blockchain-based system (though there is minimal information about how CloseCross exploits blockchain). MFID licences are not easy to obtain.

For those interested, a demo/training version of the platform is already live where users can explore the platform and its features ahead of the formal launch in later in March.