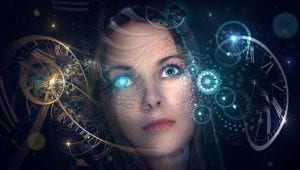 NetSuite is currently holding the virtual equivalent of SuiteWorld. Entitled NetSuite Now On Air, it is spread over four weeks with content segmented into weekly themes. The event was kicked off by Evan Goldberg, Founder and EVP of Oracle NetSuite. The keynote was a mix of a business update on NetSuite growth (23% year over year) a series of customer case studies and Goldbergs’ takes on its latest and future product releases.

The change to a virtual conference also enabled a different arrangement of sponsors. This year, FloQast an accounting automation provider is the Diamond Sponsor with Deloitte Digital, last years top sponsor dropping off the list altogether.

Building a product for the future

As usual, Goldberg spent much of the keynote talking about products, a topic close to his heart. While he admitted that he no longer gets much time to code, he is still a key part of the design team. Much of the content was focused on the features included in NetSuite 2020.2, released earlier this year, and covered in an earlier article. However, Goldberg also gave a tantalising glimpse of the future.

In terms of development strategy, Goldberg declared in a press event that there is a three-pronged strategy for new capabilities. He said:

“They need to automate to the highest degree possible; the best UI in many cases is no UI. It just happens. So those time-consuming tasks, hopefully, we get them down to zero time. We’re looking to add intelligence everywhere the system learns by what you do and unearths patterns that you might not otherwise see.

“Then our secret sauce is what we call Suiteness. That’s because it is one system with one data source, more able to make things work together across functions across subsidiaries, across departments, better than any other approach. We’re always looking in anything we build; how can we build it in a way that really exemplifies sweetness That takes advantage of that differentiator for us, which is the one system approach.”

There are several areas highlighted by Goldberg, that the company will continue to deliver improvements on across five key areas:

NetSuite is already introducing features for autonomous accounting. These include invoice processing and bank integration. It will continue to deliver more integration and better reconciliation in the future.

For operations, it has already introduced the first features for autonomous supply chain, notably the new supply planning engine. Part of this is identifying risks in shipments. This risk engine technology is also embedded in to project delivery for services companies. It will continue to enhance this in future releases.

While it introduced a new customer self-service portal in 2020.2, NetSuite now has three tiers for customer-facing portals, customer self-service, SuiteCommerce and Advanced SuitCommerce. NetSuite will continue to develop on this theme. Goldberg commented: “Planned for our 2021.1 release is a next-generation setup and management tool that makes it as easy basically as flipping a switch and asking a couple of questions to get your site up and running.”

NetSuite has also continued to improve its analytics engine SuiteAnalytics. It launched NetSuite Analytics Warehouse at the event. Based on the Oracle Advanced Analytics Cloud users can pull data from NetSuite, and other sources and carry out advanced analytics. The solution is available late this year according to Goldberg.

Another update Goldberg preannounced for 2021.1 is a new customisation manager. This will pull together all the new customisation features into a single portal. Goldberg noted: “It just makes it much easier to manage customizations across the suite.”

SuitePeople is only available in the US. It was first promised in the UK for 2018 (in beta). Enterprise Times asked for an update. NetSuite replied: “We now have a number of early customers in the UK using SuitePeople HR. We are evaluating market needs and reviewing market demand. We will adjust the roadmap priorities as appropriate.”

Goldberg also spent a bit of time talking about the advantages of becoming part of Oracle. NetSuite is now actively putting new customers onto the Oracle Cloud Infrastructure. It is also now fully using the latest version of Exadata.

Secondly, NetSuite will take advantage of some of the Redwood design features. Goldberg commented: “We’re huge fans of the Redwood design system. We work very, very closely with the design team at Oracle, which is an incredible design team that they’ve built over the past several years. We’re in the process of retooling a lot of our UI and looking to make these great, seamless, sometimes no UI experiences.

“We’re a huge believer in the conversational UI. Increasingly, people will be talking to get things done. That’s something that Oracle is investing heavily in. We’re going to be right on top of that.

“Where it’s appropriate that there will be convergence with the Redwood design system, but at the same time, we sometimes serve a somewhat different audience than some of the other Oracle Applications. We’re going to tailor it to the audience.”

“We’re changing a lot of things under the covers about how the databases of customers information are managed using more of Oracle’s multi-tenancy capabilities. A lot of those infrastructure changes we believe are going to deliver dramatic performance improvements, especially for customers that do large amounts of customization because once it’s running on Oracle’s autonomous database, which is coming further down the road. It’ll be auto-tuned, as a small company, it’s like you have a DBA tailoring the database to make sure it runs optimally for your implementation. “

These changes should also help accelerate the promise that NetSuite Brainyard would deliver benchmarking for customers. Enterprise Times asked when this would be available. NetSuite answered: “Our engineering and data science teams are working on integrating Brainyard data into NetSuite, and we expect the functionality to be available in the short term.”

Another comprehensive keynote delivered eloquently by its founder. Goldberg is growing in stature and confidence in his new role as he and his team take the company forward. His focus is still to deliver the best product NetSuite can. With Oracle technology and finance behind it, the solution is getting stronger every year.

The impact of Redwood design is interesting as while Goldberg sees few customers that grow to a point where they need to migrate to Fusion. Some will, and for those, in making the design similar, it will ease the upgrade path between the two. In future that may become very important. The addition of Oracle applications to extend the NetSuite solution also means that companies can migrate piecemeal without a major implementation project to worry about.