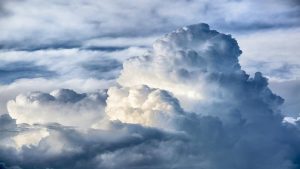 UK businesses are increasingly looking towards the cloud to enable digital innovation. Fifty-eight percent say the move was more costly than envisaged, according to new research from Capita’s Technology Solutions division.

However, the research reveals that cloud migration (72%) remains the top transformational priority for most organisations. This is ahead of process automation (45%), big data analytics (40%), and artificial intelligence/machine learning (31%). This is a further indication that organisations see cloud as a core component to effectively enabling these next-generation technologies.

From cloud migration to digital innovation

The ‘From Cloud Migration to Digital Innovation’ report surveyed 200 UK IT decision makers. The report looked at the main reasons why organisations move to the cloud. This included reduced cost (61%), improved speed of delivery (57%), and increased IT security (52%). However, 90% of respondents admitted cloud migration had been delayed in their organisation due to one or more unforeseen factors. Issues such as cost (39%), workload and application re-architecting (38%), security concerns (37%), and skills shortages (35%). All of these factors point to a process that is more complicated than expected.

“Cloud adoption is a critical foundational step towards real transformative opportunities offered by cloud-native technologies and emerging digital platforms. While some forward-thinking organisations are able to keep their eye on the goal. The complexity of the migration and application modernisation process tends to introduce delays and cost-implications. This tends to slow down progress,” said Wasif Afghan, head of Cloud and Platform at Capita’s Technology Solutions division.

Nearly half (43%) of respondents found security to be one of the greatest challenges they had faced during their migration. A lack of internal skills (34%) was the second key challenge faced by business. Gaining budget approval (32%), and progressing legacy migration solutions (32%) were other significant challenges organisations had faced.

Half of respondents found organisations had to ‘rearchitect’ more workloads and optimise them for the cloud than they had expected. Furthermore, 27% found that labour/logistical costs have decreased – a key driver for moving to the cloud in the first place.

“Every migration journey is unique in both its destination and starting point. Some organisations are ‘born in the cloud’ or gather the resources to transform in a relatively short space of time. The majority will have a much slower, more complex path. Many larger organisations that have been established for a long time will have heritage IT systems and traditional processes. Often, this infrastructure can’t simply be lifted and shifted to the cloud straight away due to commercial or technical reasons. This means a hybrid IT approach is required. Many organisations haven’t yet fully explored how they can make hybrid work for them. Combining the benefits of newer cloud services whilst operating and optimising their heritage IT estate,” added Afghan.

A platform for innovation

Eighty-six percent of respondents agree that the benefits of cloud are compelling enough to outweigh its downsides. For more than three-quarters (76%) of organisations, moving to the cloud has driven an improvement in IT service levels. Two-thirds (67%) report that cloud has proven more secure than on-premise.

Overall, three-quarters of organisations claimed to be satisfied with their cloud migrations. However, only 16% were ‘extremely satisfied’. Indicating that most organisations have not yet seen the full benefits or transformative potential of their cloud investments. In addition, 42% of respondents currently believe that cloud had ‘overpromised and underdelivered’.

The research was commissioned by Capita’s Technology Solutions divisions and conducted by independent market research company, Vanson Bourne. The total sample size consists of 200 IT decision makers from UK businesses with more than 500 employees.

The report outlines all the key challenges business face when migrating to the cloud. Despite the challenges 86% of respondents agree that the benefits of cloud are compelling enough to outweigh its downsides. Organisations initially saw cloud migration as a simple way to save money and another location to store applications and data. Increasingly, the move to cloud is supporting business innovations across all enterprises. It is also supporting more sophisticated use of technology which is being deployed in more accessible and cost-effective manner. This includes the rapid embracing of AI, more complex analytics or machine learning. As Capita have suggested, only through the alignment of IT and lines of business leadership, in terms of goals, vision, direction and mindset – can organisations fully unleash the potential of cloud to address their key business objectives. This maybe by improving business agility, delivering an enhanced customer experience or enhancing business efficiencies.