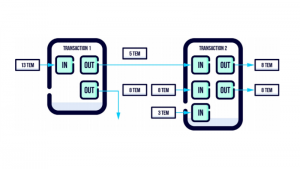 As interest in quantum computing accelerates, temtum is preparing to assist enterprises with secure, resource-efficient blockchain solutions. The threat, of the power of quantum computing to ‘break cryptographic-based solutions’, is gaining in credibility and immediacy.

“While many enterprise leaders see blockchain technology as a solution to their security concerns, they need to be thinking about the impending threat of quantum computing to their networks,” said Richard Dennis, Founder and CEO of temtum. “We built our Enterprise Division to deliver resource-efficient solutions for enterprise users to shield themselves against this next wave of quantum evolution.”

Background to the quantum threat

Yet, ongoing developments in the quantum computing field are increasing the likelihood of there being a possibility (probability) of predicting software-generated values. It is this that may yet present major security concerns to the growing number of enterprises looking to adopt or introduce blockchains.

According to research conducted by the National University of Singapore, the danger of quantum technology breaking a blockchain is not a question of ‘if’ but ‘when’. Researchers there stated that “the elliptic curve signature scheme used by Bitcoin is much more at risk and could be completely broken by a quantum computer as early as 2027”.

This makes it imperative, companies like QAN and temtum argue, that enterprises begin taking measures today to ensure that their blockchains are quantum-proof and secure into the future. Not to do this is to risk potential catastrophic losses.

temtum claims to have solved the challenge by developing a proprietary quantum-resistant blockchain protocol. It will offer flexible deployment through its newly-formed Enterprise Division. It builds on its experience with its deployed digital currency, TEM, which temtum describes as an “ultra-fast, quantum-resistant, and infinitely scalable“. Using the underlying architecture (which is patent-pending), temtum claims this solves fundamental limitations in blockchain networks, including:

Using NIST Randomness Beacon, random numbers in 512 bits broadcast every 60 seconds. This creates unpredictability and autonomy using a process entirely-based on quantum mechanics. In turn, this makes it impossible for alien parties to predict the generated bits, thereby future-proofing enterprise blockchains against quantum computing. temtum says its approach has been independently tested and audited by the British Standards Institution or BSI (the national standards body of the United Kingdom).

TEM is usable on a standalone basis wallet-to-wallet. It can integrate into payment systems worldwide, thereby serving as a payment platform for both consumers and businesses.

However, temtum’s stated ambition is to be much more than a cryptocurrency used by tech-focused blockchain communities. Its deeper purpose is to enable sophisticated and robust blockchain technology by building on the Temporal Blockchain developed (and licensed) by Dragon Infosec. Combined with temtum’s Consensus Algorithms and AI powered Performance Integrity Protocol, temtum believes it removes network competition, improves network efficiency. It uses a source of light to obtain quantum effect randomness.

Enterprise Times is not able to evaluate the accuracy of what temtum asserts. While there is little doubt that quantum computing has the potential to threaten the cryptography which backs blockchain, it is a major ask of enterprises that they buy into blockchain-preserving mechanisms and consulting services. To Enterprise Times, this is what both QAN and temtum are trying to do. It is sort of, but not entirely, like placing the quantum-computing-denying-horse in front of the yet-to-be-accepted-blockchain-cart.