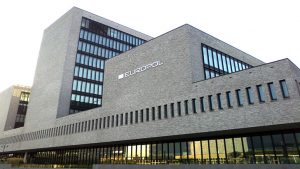 NTT Security has signed a Memorandum of Understanding (MoU) with Europol’s European Cybercrime Centre (EC3). The deal sees the two organisations share threat intelligence. For NTT Security, this is another relationship to add to its growing collection of law enforcement deals.

“Our partnership with Europol reinforces the critical role that threat intelligence plays in the fight against cyber attackers and how, by working together, we can make the digital world safer for individuals, businesses and governments.”

The deal comes at an interesting time for NTT Security. NTT recently brought together NTT Security, NTT Communications and Dimension Data, along with all their subsidiaries, into a single entity called NTT Ltd. It creates a significant player in the Internet, security and data centre markets.

This announcement, therefore, should be seen in that larger context. NTT Com controls 40% of the global Internet traffic. It uses that traffic to spot patterns of attack across the world. It then uses that information to create actionable intelligence bulletins for its customers.

For EC3, it means that this deal has the potential to provide it with more usable intelligence from one vendor than it gets from many of its other partnerships. One area that EC3 will be especially interested in is emerging threats. In a recent Enterprise Times interview with Matthew Gyde, CEO, NTT Security, he highlighted South Africa as an interesting hunting ground for threat intelligence.

Gyde told Enterprise Times: “South Africa is often used as a test bed for new pieces of malware and new attack vectors. South African organisations are actually quite secure, because they’ve had to be because all the Day Zero’s are hitting them first. It allows us to take that dataset, and then share that with the rest of the organisation and our clients around the world.”

EC3 will hope that this sharing that is already done across NTT Ltd is now extended to them. It means that they will be better positioned to track attacks and see emerging patterns. Given the increasingly hostile nature of the Internet, that information will be spread across all those European countries that have a data exchange with EC3.

NTT Security was formed just three years ago to provide a coherent business unit to address security concerns for NTT and its customer base. Since then, it has expanded the number of SOCs it manages and grown to be a multi-billion dollar business. As part of NTT Ltd, its role is to provide security for the new entity and, as part of that, it will grow to over 2,500 people across the globe.

This is likely to be just the first of several deals with law enforcement as NTT Security looks to make itself more publicly known. It will be interesting to see how long it takes to sign deals with other regional police and security organisations to offer the same level of threat intelligence sharing.