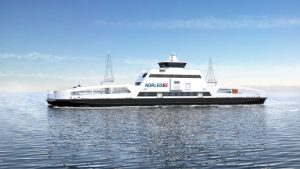 Norled is one of Norways largest ferry and express boat operators. Headquartered in Stavanager it also has offices in Bergen and Oslo. It employs over 1,000 people and operates 80 vessels, with ambitions for more. Norled’s sale was recently announced by Det Stavangerske Dampskibsselskab (DSD) to a consortium of private equity that included CBRE Caledon Capital Management and CapMan. There is no indication that this will change the software deal. Terms and the date of completion were not announced. In fact, the reason behind the sale is so that Norled can further invest in technology and boats.

How did they choose Infor HCM

While it may seem a simple choice to buy another Infor solution to meet its HCM needs, Norled did not assume that it was the right choice. It leveraged the expertise of Efab, an independent advisory and consulting firm that led the selection process. Out of 17 potential bidders Infor was finally selected. One of the reasons for doing so, according to the press release, was that it was the only HCM provider that could “deliver full workforce management functionality to assist in the strategic scheduling of staff.”

This was one of the key challengers for the bidding firms to meet. Norled has complex scheduling and payroll requirements. It managed these through a mix of a bespoke payroll systems, Excel spreadsheets and software that was developed in house. There are therefore considerable time savings that Norled can realise once the solution is fully deployed.

The systems will deliver an integrated workforce planning and scheduling solution on each boat. This will deliver a rapid return on investment. It will improve the management of scheduling within the compliance guidelines of Norwegian maritime regulations. The self service solution will enable staff to request leave and for managers to ensure that crew allocations are filled ahead of time. It will deliver a company wide view of resources. Therefore, ensuring that boats are able to sail with the correct complement and skills aboard.

Linda Charlotte Jahren Mørch, Senior HR Advisor at Norled commented: “We are an incredibly demanding customer, wanting the benefits of back office standardisation on the one hand, but then the flexibility to adapt to the different skill requirements of more than 80 individual vessels on the other. We already have a reputation as a technology leader in our field, so a cloud-based, digital transformation led by this staff-focused initiative is a natural development.”

This is an important deal for Infor. Johan Made, General Manager, Nordics, Infor explains: “This project contains a series of firsts. Norled is the first European client that will implement the complete Infor CloudSuite HCM and this is the first translation of that CloudSuite into Norwegian. This really is a trail-blazing partnership in the region for Infor and Norled, and we look forward to seeing the results develop.”

Infor already has a strong presence in Scandanavia. With the HCM product translated, it will hope to find further buyers in the country. It will also act as a catalyst to migrate those using legacy Infor software to the Infor CloudSuites. With Charles Phillips also recently stating that a new, next generation HCM product is due for release as well, this announcement could not come at a better time for the Norwegian team.

For Norled, as its looks forward to new ownership it should have the operational efficiency in place to drive growth. That the company is investing in technology to enable growth already, will no doubt be welcomed by the new owners. Once new additional boats are in service the back office functions should have the efficiencies to support them without further hiring.