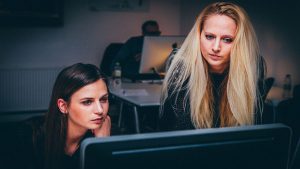 Josu Franco is the Strategy and Technology Advisor for Panda Security. His role is to look up to two years ahead to see what technologies and products Panda Security should be offering. At iPass 2019, Franco told the audience: “Malware is totally under control.” Franco agreed to talk to Enterprise Times in order to explain the statement in more detail.

To put context on his statement Franco said: “We’re referring to file-based malware and that’s what the data is telling us from the labs.” This is based on weekly reports of infections from Panda customers. Franco continued: “Since 2015, when we introduced a new approach to deal with malware infections, the number of infections among customers has been dropping significantly.” The result of this is that so far in 2019, the average infection is one in every two weeks.

Franco is a realist. Despite the headline statement, he recognises that the challenges and threats continue to evolve. This means that security vendors such as Panda have to continue to work hard to spot and block attacks. Among these are the evolution of Living off the Land attacks.

One of the challenges of securing the enterprise is people. Franco believes that: “Human behaviour poses a challenge in terms of cyber security.” Most organisations think that the solution is education. Franco believes it is a good start but we need to go further. He said: “Education is very important but if user education really worked, it should have worked by now.”

So what do we do? How do we begin to address this problem?

To hear what else Franco had to say listen to the podcast.