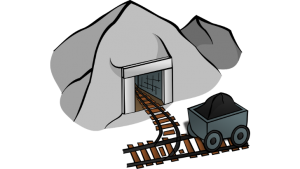 Over time, this has created a complex mixture of contracts to support both contracts within Australia and those required to manage its international trading. It needs to better understand the contracts in place, flag expirations of existing contracts and be better prepared for future contracts.

Centennial’s Group Manager Contracts and Procurement, Colleen Bastow commented: “Employing over 1,600 people and operating five underground mines in New South Wales, we require a contract management solution that helps us to meet our business goal of financial and operational excellence. The ICM platform will equip us with a fully automated solution for enterprise contract management that turns static contracts into strategic assets.”

This is not the first digital project that Centennial has undertaken and it part of a major upgrade program. It recently deploy Pulse Mining Analytics to supplement its Pulse ERP solution. The decision to select Icertis was driven by its ability to integrate with the existing Centennial solutions. It is now capable of tracking contracts, collecting information about production against contract terms. It is therefore able to better understand performance.

That the solution is scalable may mean that it is poised to make further investments in Australia. In 2010 Centennial was acquired by Banpu. Banpu is a major energy conglomerate based in Thailand with operations across ten countries in Asia. Last year the company had US$3.481 billion in revenue of which its Australian operations contributed over a billion.

Mining contracts are often complex with coal often purchased through bidding contracts, both short and long term. Some companies also buy from the spot markets. This leads to a complex mix of contractual agreements put in place that each needs to be tracked and Centennial need to be aware when the relevant contract is completed. With the Icertis platform in place Centennial will hope to manage the process better, delivering greater visibility of the business.

Samir Bodas, CEO and Co-founder of Icertis commented: “Icertis has committed to increasing its presence in Australia and New Zealand by expanding our team and offerings to serve our rapidly growing customer list. The region has a large mining presence and we’re thrilled that our dedication to this region has delivered our newest customer, Centennial Coal., a company striving to offer a sustainable approach to mining. The ICM platform enables Centennial to gain full visibility into contract milestones, contractual commitments and obligations – equipping the company with tools to deliver even greater value to its customers.”

For Icertis this is a good win for two reasons. The first is that it will be able to gain specific domain knowledge of the Australian mining industry. As one of the key industries in the country it will then be well poised to take more market share. Especially if it can demonstrate success and business success at Centennial. The second is that the wider Banpu group will watch this project with interest. One of the parent companies key strategies is to get smarter. If Icertis delivers at Centennial this may open up further opportunities in the wider group.