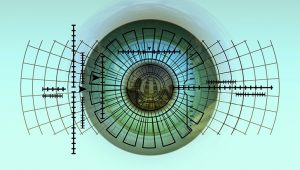 Rick McElroy, head of security strategy for Carbon Black recently sat down to talk with Enterprise Times about cyber security. The conversation focused on the second Global Threat Report that Carbon Black has just issued. McElroy also talked about the wider issues that impact on what the report revealed.

Talking about the statistics from the report, McElroy opened by saying: “The ones that were pretty alarming to me is 100% of government and local authority organisations have been breached. That’s a crazy number.” It was not the only concern. He continued: “88% of companies surveyed said they suffered a security breach in the past 12 months. That’s starting to get to the alarming point for me when I start to look at that.”

Multiple breaches have also soared, with organisations not doing enough to deal with repeat attacks. What it shows is that there is a significant lack of coherence in cyber security teams. They are not learning the lessons and this raises the question as to whether it is a lack of funds, management buy-in or skilled staff.

We know that the latter is a problem. In fact McElroy talked about the challenge of engaging a younger audience. He drew the parallel between the sums invested by sports teams in recruiting and training potential sports stars. The sums involved are staggering. McElroy asked why, given the challenges we face in cyber security, we are not seeing the same investment here. For inner city areas and socio-economically challenged areas, this investment could increase the number of defenders and reduce the pool of cyber attackers.

Why the dawn of a new era of ERP is upon us.